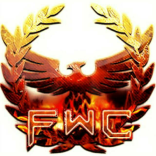 The 2022 world cup campaign has just ended, with Argentina claiming the world cup title as they defeated France in Sunday world cup Finals.
The world cup is also a place for clubs to seek notable players, Reports have it that Liverpool is interested in Benefica, and Argentina Midfielder Enzo Fernadez, and are ready to make a bid for the player in the January transfer window.
Fernadez who was very beneficial to Argentina in the just concluded world cup campaign might be what Liverpool needs to strengthen their Midfield, which is currently weak.
According to reports, Jurgen Klopp is ready to pay €79.8m to Benefica for Fernandez and might loan him back to Benefica to complete the 2022/23 season.