Workers are protesting the planned commercialization of the Nigerian Postal Service (NIPOST).

Workers are protesting the planned commercialization of the Nigerian Postal Service (NIPOST).

A lawyer criticizes the payment of flights in foreign currency.

Maguire Has to Fight for his Position- Ten Hag.

Georgina Rodriguez Turns 29 and Celebrates her Birthday in style. 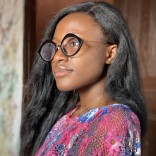 When someone introduces themselves as a feminist, there is mostly this awkward shift in the atmosphere. This even worsens when it is a lady that, has said that and I’m here to tell you why that happens.

I’ve studied the feminists around me, studied what feminism is all about and gone ahead to research on misandry and I have come to a conclusion that the two are greatly different. Still, in a way, people interpret them as the same thing. They may have similarities but they are simply worlds apart and should not be seen as one.

According to Wikipedia, Feminism is a range of socio-political movements and ideologies that aim to define and establish the political, economic, personal, and social equality of the sexes.

Still a bit blurry and hard to grasp? Don’t worry, the Miriam Webster Dictionary made it easier. It defined it as the belief that men and women should have equal rights and opportunities.

A feminist is one who fights in order to attain equal rights for women. I want to take this time to say, truly, all Feminists around the world should be applauded because they have really done a good job, especially when you compare the society of years back to the society we live in today. Moving on with the business of the day;

I understand that sometimes the line that differentiates them can get blurred out, but we as humans should be able to find ourselves when we fall short along the way.

Dear feminists, people do not hate the idea of you being a feminist, it is that act of misandry that is found in every 9 in 10 feminists that they dislike, and honestly, why shouldn’t they? Men don’t run away from feminists because they fear having equal rights with women- No. What scares them is the idea that someone who doesn’t see the good in them and has decided to judge them based on their fellow man’s actions is ready to do anything to make life miserable for them.

Most people start up as feminist but as they advance in life, they forget what they are really fighting for and that’s when you see people that claim to be feminists lose their hearts and conscience for the opposite gender. Their likes are everywhere on twitter, you hear them say things like, ‘a woman has the right to abort her baby if she finds out it’s a boy.’ All I can say is, wow.

Misandry is not in anyway going to help the feminist movement as its goal is to actualize equality between the two genders and not to replace who shall be in the inferior region. Have in mind that if their purpose is achieved, women would eventually have the upper hand and it will take a little while before men would begin to fight again for their own cause and then, we can all just keep going in circles since the idea of balance doesn’t seem like the best one already.

In conclusion, I do not judge any person that decides to pick either of this side; feminism or misandry, I’m only here to try and straighten the tracks for each of them so one can know where they stand. If you claim to be a feminist, be a true feminist, and if you decide that misandry is what you prefer to be, then by all means accept the name and don’t cover it up with the word, feminist. 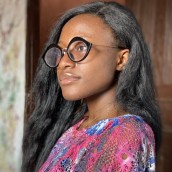 A nation without power

Senate Reassures the Nigerian Army of Support in Fight against Insecurity