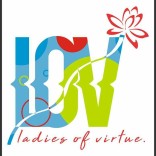 On Sunday, Buhari left Abuja for a summit in France, and he is now back in the country.

President Buhari has attended the Financing Africa Summit, which took place at the the Grande Palais Ephemere on Tuesdat, with the theme, “External Financing and Debt Treament,” accordign to reports on the president’s Twitter page.

However, during the Financing Africa Summit in Paris, French President Emmanuel Macron affirmed his unwavering support for Nigeria and its people in the face of the country’s security concerns.

Mr Buhari called on European countries and global financial institutions to consider lowering the damaging impacts of the COVID-19 pandemic on African economies by restructuring loan portfolios and offering total debt relief at the opening of the meeting on Tuesday.

He pointed out that many African countries were already in debt crisis, and that France and the G-20’s debt service suspension was insufficient.

His Twitter account also states that he met with some investors, including Patrick Pouyanne, Chairman/CEO of Total, Silvere Delaunay, Executive Vice President of Airbus, and Florence Verzelen, Chairman of the Board of Daussault Systems.

The Third Force: A political illusion or what?