Ahead of Nigeria’s AFCON qualifier fixture against Benin Republic in Cotonou, Nigeria Super Eagles handler Gernot Rohr has pointed out the Squirrels’ defence as a strong part of their game.

The Franco-German tactician, recalling how the west Africans masterminded the exit of tournament favorites Morocco in the last-16 stage of the Egypt 2019 Africa Cup of Nations, says he is mindful of the Squirrels’ doggedness in defence which has seen them maintain an unbeaten home record for eight years.

“Benin have not lost a match since eight years at home, the last time they lost was in 2013 so you can imagine that we want to be the first team to win there in eight years,” Rohr told reporters, including Channels TV.

“It will not be easy, they have a very good defence, they were quarterfinalist in the last AFCON, they eliminated Morocco.

“They have a private plane to help the French-based players, what we could not have unfortunately.

“They found the money to take private plane and to bring them back by charter. This was the condition to get the French players.”

Benin, who sit second in group L, are all set for the tie after members of the squad based in France, who make up about half of the team, flew aboard a private jet into the country’s capital earlier this week.

Nigeria welcomed in from Leicester City striker Kelechi Iheanacho to camp on Wednesday morning with all 24 invited players now raring to go.

The game is scheduled for Saturday, March 27 at the Stade Charles de Gaulle in Porto-Novo.

World football governing body FIFA has banned former president Sepp Blatter from all football related activities until 2028, along with a fine of £780,000. 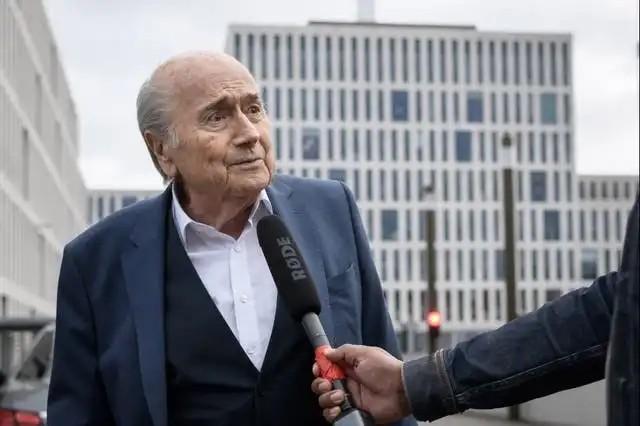 The federation’s ex-general secretary Jerome Valcke has also been hit with a similar punishment, with FIFA saying that it was as a result of “various violations” of its code of ethics.

FIFA released an official statement saying: “The investigations into Messrs Blatter and Valcke covered various charges, in particular concerning bonus payments in relation to Fifa competitions that were paid to top FIFA management officials, various amendments and extensions of employment contracts, as well as reimbursement by Fifa of private legal costs in the case of Mr Valcke.”

Twelve Nigerian referees have been accredited for duty for the basketball window commencing this year 2021 to 2023, according to Nigerian Basketball Federation (NBBF) Media Coordinator, Afolabi Oni. 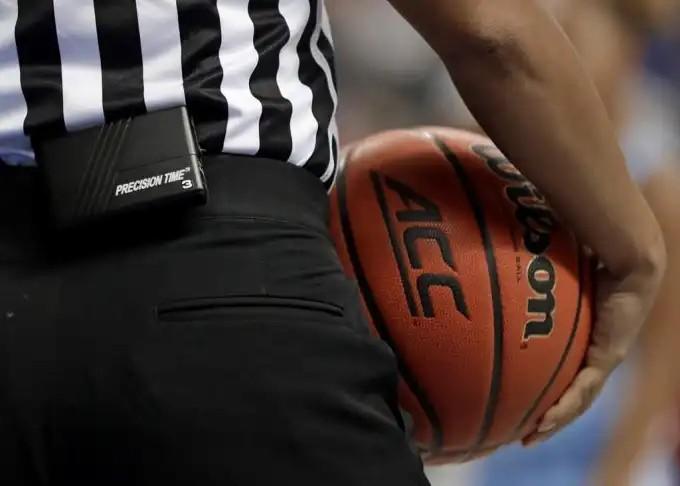 Oni revealed that the development comes after the conclusion of Monday’s 2021 Federation International Basketball Association (FIBA) Commissioner and Referees examinations.

“Also, Lai Alimi made a return to the continent as a certified referee alongside renowned FIBA referee Kingsley Ojeaburu, said Oni.

“Others are Lagos-based Samuel Shofoluwe, Ayodeji Oladeji from Ibadan, Afolabi Ikuomola from Lagos, Opeyemi Ogunleye from Abuja and Gambo Musa from Jigawa.

“New entrant Fatima Ibrahim from Abuja is the only female that passed the exam and physical test.

“She is set to make her debut on the continent alongside Samuel Nuhu from Abuja who completed the 12-man list.”

Technical Representative on the NBBF board, Adamu Janlong, was retained as Match Commissioner alongside Adeola Oboro and Akinsehinde Ishola.

Gordon Taylor, chief executive of the Professional Footballers’ Association, claims the PFA has offered “more than any other players’ union, sporting union or trade union” in terms of addressing the issue of dementia in football. 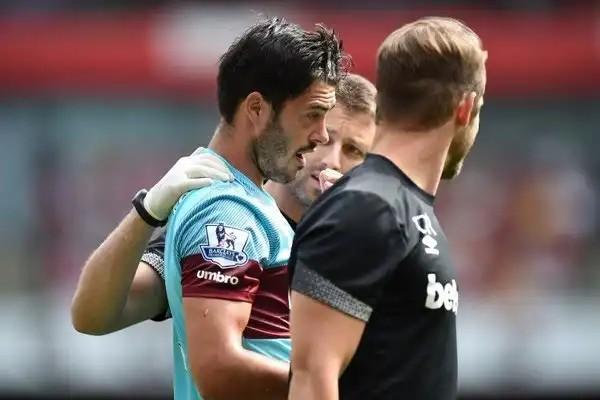 Taylor was reacting to comments by former England striker Chris Sutton who accused Taylor of having “blood on his hands” for ignoring the issue at a parliamentary hearing on Tuesday.

Sutton, whose father Mike Taylor, an ex-footballer, lost his battle with dementia last year, accused the PFA and Football Association of not doing enough, calling on the government to intervene.

I’m Very Happy to Have Lukaku at Inter Milan.

“They have ignored, they have shunned, they have turned their back on what has been a massive issue,” Sutton said.

“Hundreds of players have died, my father included. This is something we need to deal with, and deal with fast.

“It’s really important the government take ownership of this, because the FA and the PFA haven’t done anywhere near enough.”

Manchester City have announced summer plans to install 5,620 rail seats to “enhance supporter safety” in the lower tier of the South Stand at the Etihad Stadium for the start of the 2021-22 season. 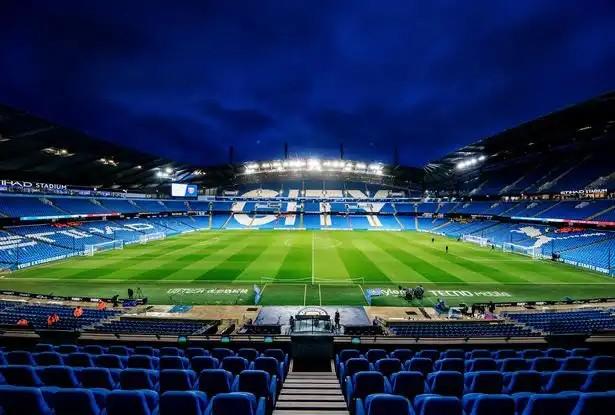 Standing at grounds in the first and second divisions of English football was banned after 96 Liverpool supporters lost their lives in the Hillsborough stadium disaster in 1989, but City are playing smart ball, with the rail seats having the option of being folded, in case the FA decides to change the rule in the nearest future.

“While we will continue to remind supporters they should remain seated during matches, the installation of a rail seating area means Etihad Stadium will be ready should the government bring forward legislation to introduce safe standing in the Premier League,” said City’s managing director of operations, Danny Wilson.

More Manchester City news. This time from their women’s team.

Barcelona put Manchester City on the brink of a quarter-final exit from this season’s Women’s Champions League after inflicting a heavy 4-1 defeat on the English side. 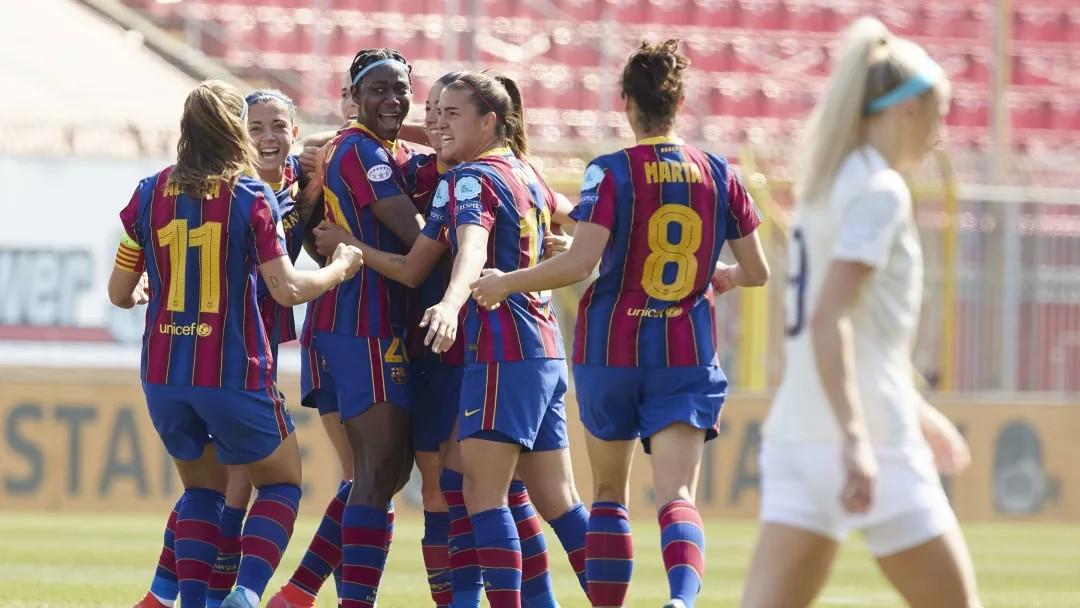 Nigeria International Asisat Oshoala broke the deadlock in the 35th minute before winning a second half penalty duly converted by Mariona Caldentey to double the lead for the Blaugranes.

Chloe Kelly was presented with a chance to halve the deficit after a penalty was awarded in the 55th minute but missed before Jenni Hermoso added a third late on to pile misery on the Cityzens.

The second leg comes up on Wednesday, March 31 at Manchester City’s Academy Stadium in England at 17:00 (GMT+1).

That’s a wrap for today. We are back tomorrow with more trending stories from the world of sports.

Olayinka Scores  Two Goals in Slavia Prague’s 7-0 Home win for the next round.