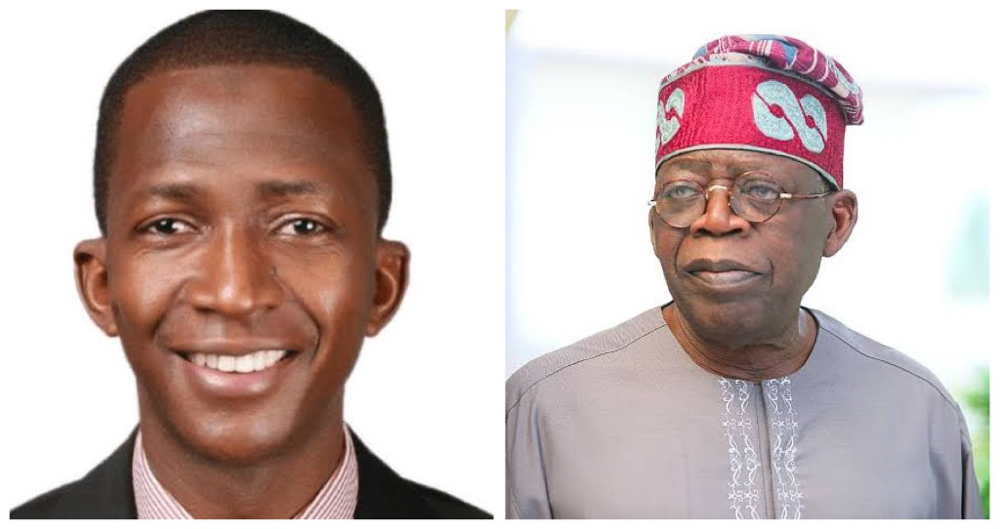 The Economic and Financial Crimes Commission (EFCC) has a new boss – a 40-year-old Abdulrasheed Bawa — and his first major interest is to hammer the former Lagos State Governor and the National Leader of the All Progressives Congress (APC), Bola Ahmed Tinubu.

The recently confirmed anti-corruption chief is replacing Ibrahim Magu embroiled in controversies bordering on corruption. From a surface perspective, this is a good move but a thorough view suggests the intention is bad taking into cognizance Mr. Tinubu’s perceived aim to succeed President Buhari in 2023.

According to a piece of information surfaced on the Internet a few days ago, Bawa had signed as far back as November 2020 as a Zonal Head of Lagos EFCC, a letter requesting a copy of Tinubu’s Asset Declaration Form from the Code of Conduct Bureau (CCB).

“In view of the above, you are kindly requested to furnish the commission with the outstanding requested information of Bola Ahmed Adekunle Tinubu”, the letter read in part.

I am not a fan of Tinubu and I have no pity for wrongdoers — whether alleged or convicted — but the EFCC’s gesture reeks of bad intentions and the handwriting on the wall points to the 2023 presidential race.

This act reminds one of the treatment the former Senate President, Bukola Saraki received. The CCB picked him up; allegations of false asset declaration were leveled against him. He was believed to be interested in the presidential seat.

In Nigeria, it is hard to convict criminals. That the CCB failed to nail Saraki may not necessarily mean he is not guilty but the initial intention to pursue a case against him was primarily because of his ambition for the number one political power in the country – another bad intention.

During Saraki’s trial, it seemed the Code of Conduct Tribunal (CCT) would convict him, but it turned out to be a mere show. Such conviction could not take place in our Nigeria where money impedes justice. James Ibori is a classic example.

There are many pointers that this case may end up being a mere distraction from the major plot towards the 2023 presidential race. Tinubu’s reach limited to Lagos State when he fought the then President Olusegun Obasanjo. He is dogged and has stood the test of time. He has been able to spread his tentacles across the South West and beyond, it will be more difficult to nail him even if the EFCC had good intentions.

Quoting an elder statesman, Mr Richard Akinnola via his Facebook profile post, “No man is above the law, including Tinubu. If there are reasons to investigate Asiwaju Bola Tinubu, it is within the purview of the EFCC to do. However, perception in most cases, is stronger than reality”.

“Tinubu left office 14 years ago. For the EFCC to suddenly wake up now and be asking the Code of Conduct Bureau (CCB) for Tinubu’s asset declaration forms, reeks of all ingredients of conspiracy theory, particularly against the backdrop of his suspected presidential ambition. I recall that Jonathan government made a similar stunt with the same CCB, leading to the trial and acquittal of Tinubu at the Code of Conduct Tribunal,”

Speaking further on the development, Mr. Richard’s opinion agrees with mine that the intending attack on Tinubu is political. “During the onslaught on former Senate President, Bukola Saraki, l did say then that the EFCC made it too obvious that it was up to a hatchet job and the whole trial fell flat on its face, with Saraki’s acquittal”, he opined.

The well-grounded man of letters said, “I’m usually suspicious when the EFCC becomes ‘overbearing’ on matters that fall within the purview of the CCB. It would have been a different thing if the CCB on its own, initiates this move but coming from the EFCC, makes it too suspicious.

“But like l said, nobody is above the law but even within that context, the investigating authority should not leave anyone in doubt that it’s acting altruistically. Otherwise, it would amount to another shadow boxing, particularly regarding the subject of the investigation.

“Love him or hate him, Tinubu is not your ordinary Nigerian. You either love him passionately or you hate him intensely. It would be irreverent to the memory of Awo to compare him with Awo but it is indubitable that an attack on Tinubu at this time, despite his baggage, would be seen as an attack on the South West, the same way Coker commission of enquiry was the prelude to Awo’s treasonable felony trial. Ditto for Abiola’s June 12 travails.

“I recall that when Abacha arrested and tried Obasanjo for treason, Gani Fawehinmi said: ”Obasanjo is not my cup of tea. I have never liked him but we would make this country ungovernable if Abacha goes ahead to execute him over this phantom coup”.

“In the same vein, l can’t see how Tinubu’s current investigation by the EFCC can be divorced from his supposed presidential ambition, a move that would inevitably garner him more sympathy than opprobrium”, he concluded.

I cannot agree more with Mr Akinnola’s position but who knows, the EFCC may be up to something different, even though the plot gives a sense of deja vu.

Tinubu is as loved and hated by many and he has proven to have grow a thick skin to arrows thrown at him. He has successfully escaped series of corruption-related trials even as an opposition.

Will Mr Buhari allow the man who orchestrated his emergence as president as many previous failed attempts to end up in EFCC net? Fingers crossed.

The United Nations has released $10 million to assist flood victims in Nigeria.