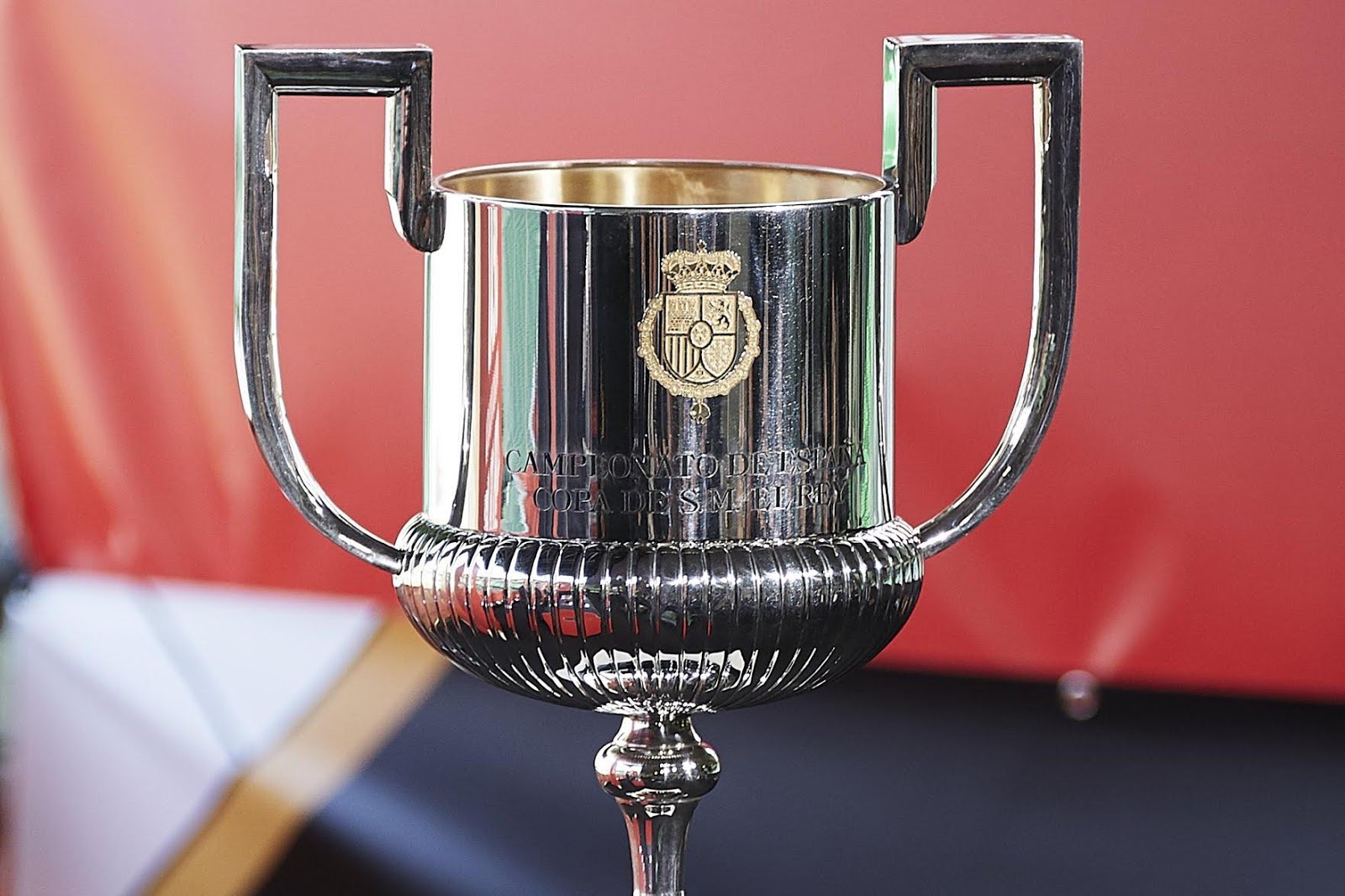 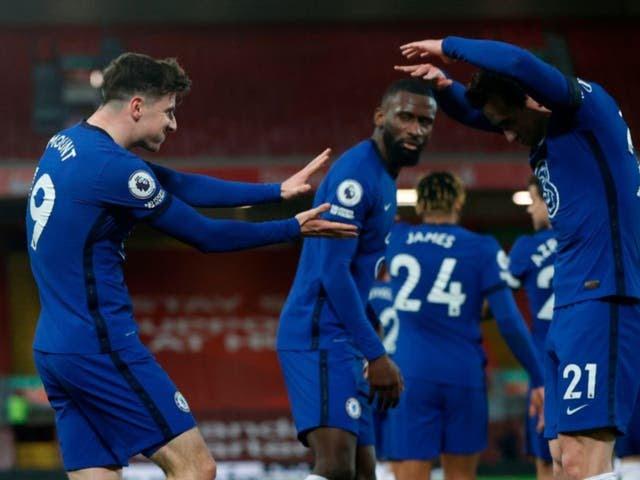 Mason Mount’s 43rd minute strike was all that mattered under the lights at Anfield on Thursday night, as Chelsea came away with maximum points to pile more misery on struggling champions Liverpool who created some unwanted history by losing each of their last five home fixtures for the first time ever.

The Blues dominated proceedings for most of the game and were worthy of the result after a solid performance which obviously impressed their German manager.

“I’m super happy. If I’m honest I still have regrets about the draw against Southampton because I am not happy we dropped two points and the way we dropped them. But in general, I’m absolutely happy.

“From the first day, I’ve felt part of the club and involved in the team. It’s been a pleasure to coach the team from the first minute because I can feel the energy and attitude to all the things that are needed in a football game.”

The win takes Thomas Tuchel’s men into one of the Champions League places in 4th, four points above Liverpool.

Over in London, Jose Mourinho’s Tottenham secured their first win on the road in the Premier League since mid-January, after overcoming a stubborn Fulham side at Craven Cottage, courtesy of a first half own goal by defender Tosin Adarabioyo. 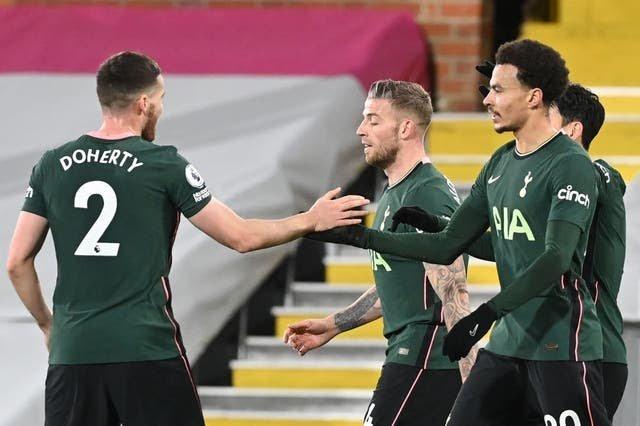 Fulham thought they had drawn level just past the hour mark when Nigerian Striker Josh Maja had the ball in the net, only to be overturned after Mario Lemina was adjudged to have handled the ball in the build-up, despite  the Gabon International’s arm being in a natural position.

“It is the rule. I think it’s crazy,” manager Scott Parker said after the game.

“I’m complaining at the rule. We want it to be the most entertaining league in the world, with goals. I don’t know what [Lemina] can do. We just need some common sense. We are trying to make football so pure and sterile it becomes unrealistic.”

He added: “We want to see goals and excitement but I am sorry to say that VAR is killing every part of that. You are losing the raw emotion of the game we absolutely love.”

The Cottagers remain three points from safety having played one game more than Newcastle and Brighton.

For Spurs, they are well within reach of a Champions League spot, with victory over Fulham meaning they are now within five points of the top four. But manager Jose Mourinho is not paying much attention to the league table.

“I don’t want to look at the table. I want to win matches and especially for us, a team in two competitions, the next match is Premier League but then the next one is Europa League,” said the Portuguese manager.

Gylfi Sigurdsson came off the bench to provide the assist for Richarlison who made no mistakes with his header in the 65th as Everton grounded out yet another 1-0 win over relegation threatened West Bromwich Albion. 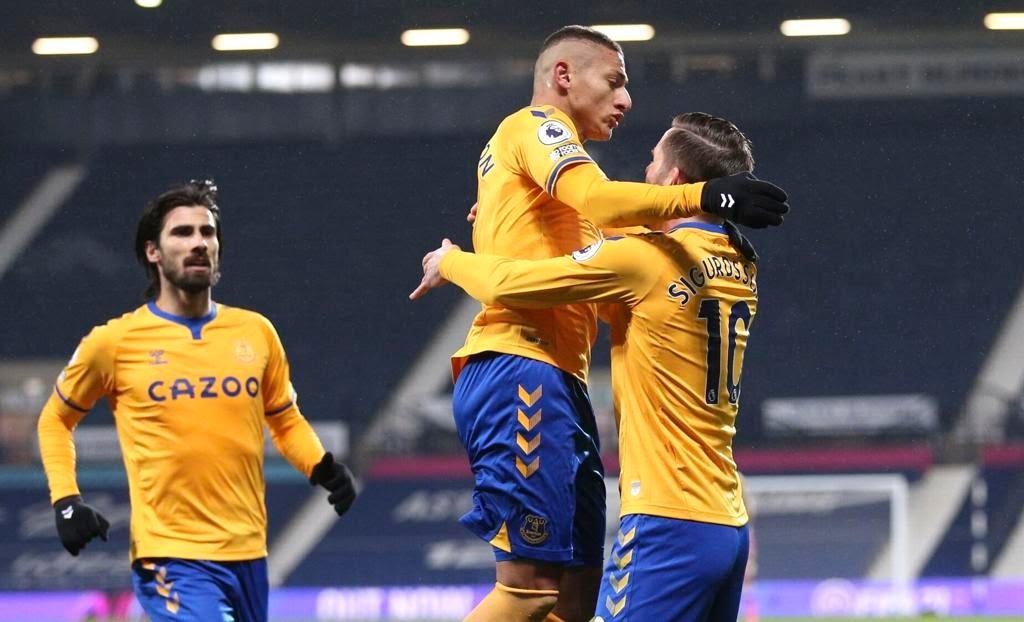 Everton’s experienced Italian gaffer Carlo Ancelotti says he is “dreaming” about qualifying for the Champions League, but admits his must improve their performance levels to make that dream come true: “If I look at the table I’m really happy because the position is good but it’s not the end of the season and we have to fight.

The victory briefly took Everton’s tally for the season to 46 points from 26 games, and briefly up to fourth on the standings, before Chelsea’s 1-0 triumph over Liverpool saw them drop to fifth.

West Brom on the other hand are stuck in the relegation battle in 19th, nine points off 17th-placed Newcastle United ahead of their encounter on Sunday. 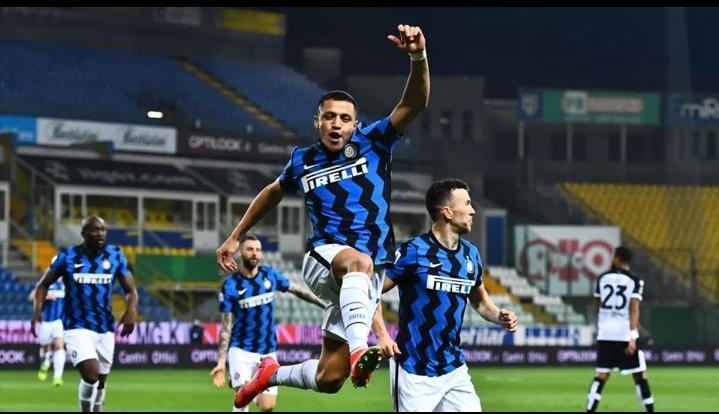 Alexis Sanchez bagged a brace as Inter Milan recorded their sixth win in a row, beating struggling Parma 2-1 at the Stadio Ennio Tardini to go six points clear at the summit of the table, as the Nerazzuri continue their search for a first scudetto since the 2009/10 season.

Parma are stuck in the Serie A relegation battle this sesson in 19th place, six points from safety, with their last league win dating as far back as November last year. 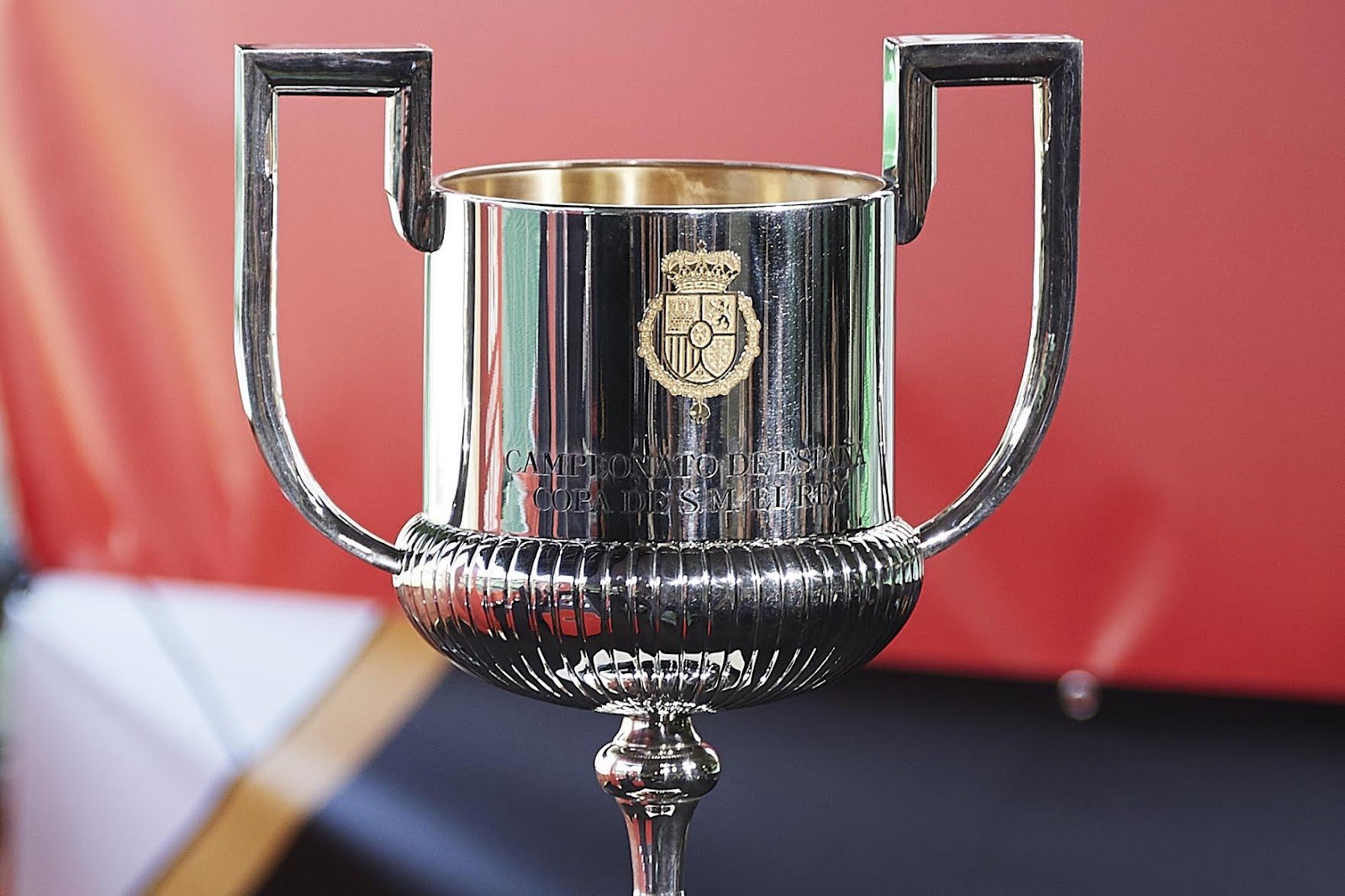 Athletic Bilbao earned themselves the privilege of competing in two Spanish domestic cup finals slated for April, after goals from Raul Garcia and Alex Berenguer gave the Basque club a 2-1 victory over home side Levante in their second leg semi-final tie at the Estadio Ciudad de Valencia.

Bilbao were schedule to play Real Sociedad after making it to last season’s final but the outbreak of Covid-19 forced the tie to be postponed indefinitely. However, that match is now due for April 3rd, while this season’s final showpiece against Barcelona – who dramatically qualified for the final after overturning a 2-0 first leg deficit against Sevilla – will come up shortly after on April 17th.

Both finals will take place in Seville. 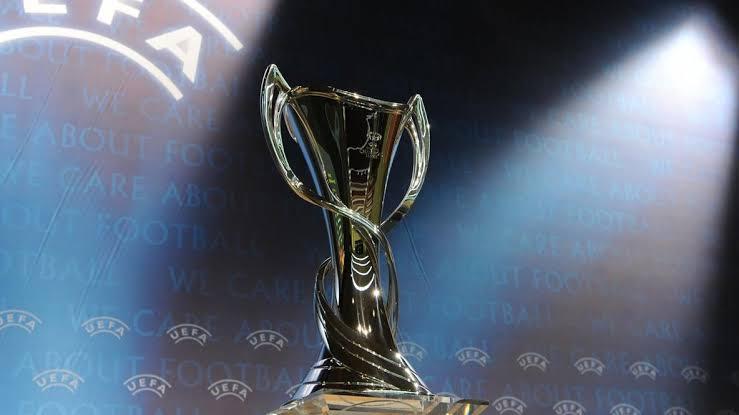 Chelsea hold the advantage over Atletico Madrid, despite Sophie Ingle collecting an early red card and goalkeeper Ann-Katrin Berger having to save two penalties, as the blues claimed victory in the first-leg of their Champions League round of 16 tie.

Next Wednesday’s return leg will be played in Monza, Italy because of travel restrictions for entry to Spain caused by Covid-19.

ROUND OF 16 SECOND-LEG FIXTURES

The competition was postponed in January after the government declared a third national lockdown due to covid-19.

There is one first round tie yet to be played with 17 second-round ties scheduled for the 4th of April.

Draws for the 3rd and 4th rounds have been made in time to help clubs plan for the weekends of 11 and 18 April respectively beforehand.

With the final originally scheduled for Saturday, 22 May, new dates for the 5th round, quarter-finals, semi-finals and the final showpiece are yet to be confirmed.

BOXING: Tyson Fury’s promoter Bob Arum says his client and Anthony Joshua have finally agreed to the highly anticipated all-British world title unification bout which could see all of the WBC, IBF, WBO and WBA titles contested for the first time. 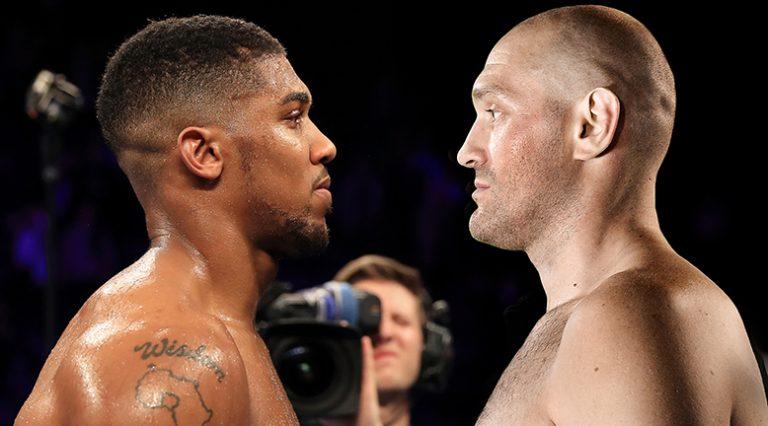 When asked if the fight was on, the American promoter told iFL TV: “Yeah, as far as I am concerned, that’s what each side has said.

“Now, we are scrambling around to get the thing signed and everything, but I can say clearly, based on my view on everything, that there are no more issues.”

No official date or venue has been confirmed, and Arum’s update comes just a week after Fury himself said the fight was not close, blaming the pandemic and logistics for the delay. 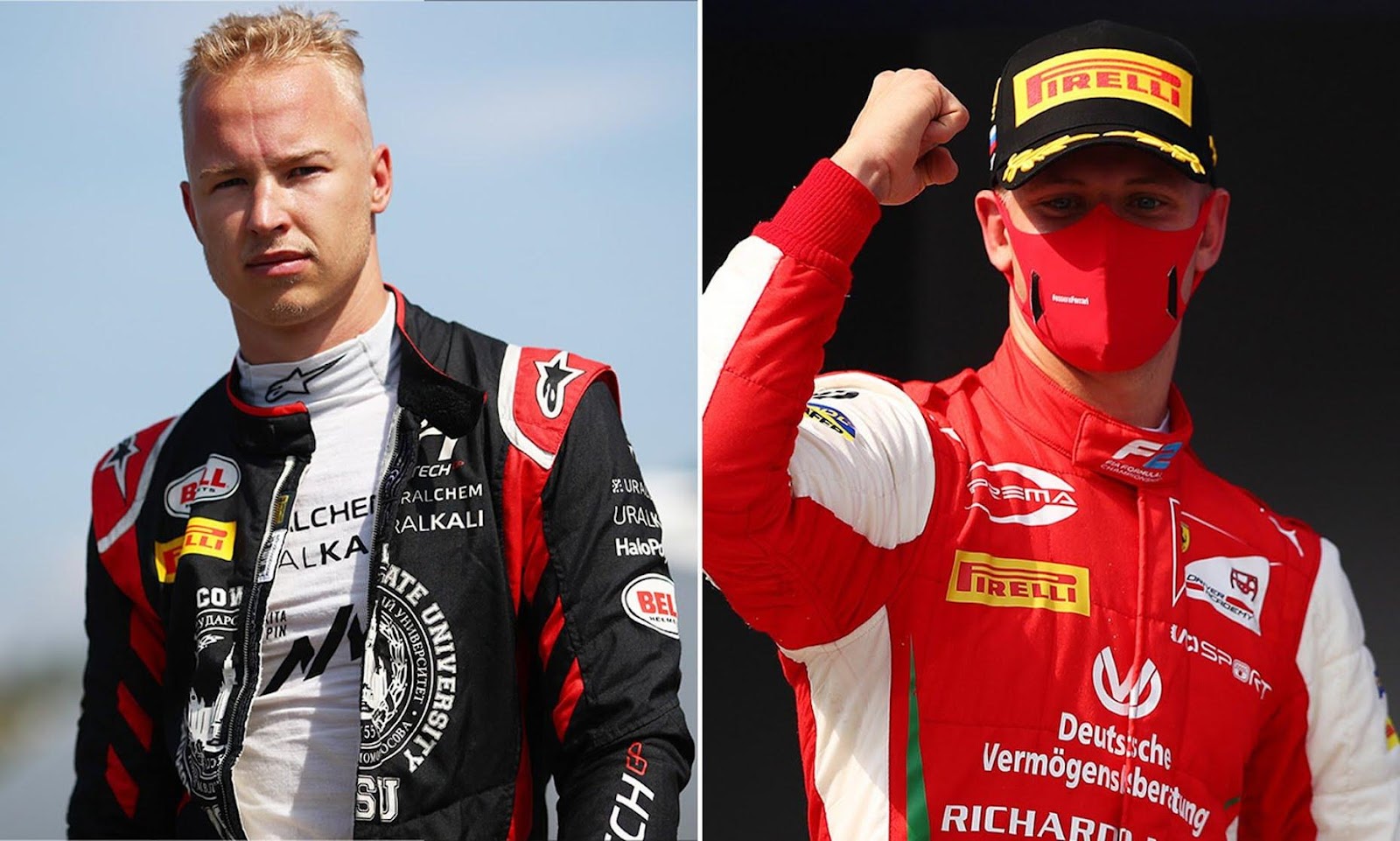 With all teams restricted in the level of development improvement permitted for their cars for the new season, Haas are making the fewest changes to last year’s VF-21 car as they focus more on making big steps when F1’s rules are eventually overhauled for the 2022 season.

The American-owned team who joined F1 five years ago finished ninth in each of the past two seasons, and last year they scored just three points to mark their lowest points tally so far.

The experienced pair of Romain Grosjean and Kevin Magnussen have now been dropped to give room for the more youthful pair of Schumacher and Mazepin, both F2 graduates, as team Haas look to change their fortunes for the future.

“It’s an exciting time for the team with Uralkali coming onboard and having Nikita Mazepin and Mick Schumacher driving for us,” said team owner Gene Haas.

Olayinka Scores  Two Goals in Slavia Prague’s 7-0 Home win for the next round.