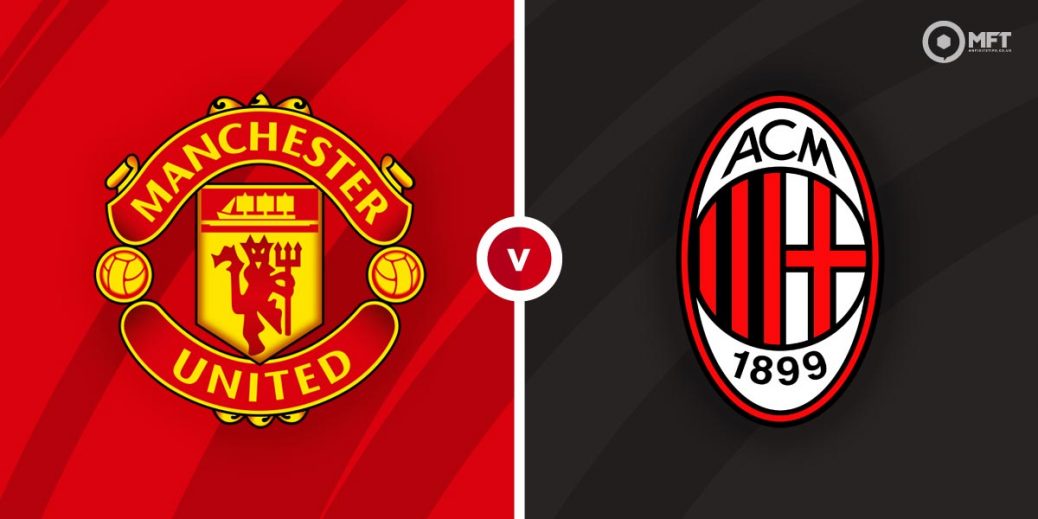 Europa League round-of-16 action takes center stage tonight, with one of three early kick-offs – Manchester United vs AC Milan – the most anticipated of the lot.

United are sweating over the fitness of forward, Marcus Rashford who was substituted in their win over Manchester City on Sunday, with Uruguayan striker Edinson Cavani, having only made his return from injury, also expected to miss the first leg at Old Trafford.

Goalkeeper Dean Henderson is expected to continue in between the sticks, with first choice David de Gea set to miss out following the birth of his first child.

For Milan, veteran Swedish striker Zlatan Ibrahimovic is out with a thigh problem and will not be involved against his former side, and the influential striker is one of a number of key players missing through injury. Theo Hernandez, Ismael Bennacer, Hakan Calhanoglu, Ante Rebic and Mario Mandzukic have also not made the trip to England.

The Champions League quarter-finals will feature neither Lionel Messi nor Cristiano Ronaldo for the first time since the 2004/05 season after Tuesday and Wednesday’s round-of-16 action saw their sides, Barcelona and Juventus eliminated by Paris Saint-Germain and Porto respectively.

Liverpool and Borussia Dortmund also through after this week’s round-of-16 second leg fixtures.

How much of it did you enjoy?

5-time winners Barcelona delivered a spirited performance at the Parc de Princes on Wednesday night, but despite Messi’s 25-yard belter flying past Keylor Navas for the equalizer to give the Catalans some hope of staging a comeback after Julian Mbappe’s penalty had put the hosts in the lead, a flurry of big misses, including a missed penalty by Messi, cost the Blaugrana as they miss out on a spot in the last-8 for the first time since losing at the same stage to Liverpool 14-years ago.

The game ended 1-1 on the night but a big win the first leg for PSG ensured their qualification to the last 8 with a 5-2 aggregate score line.

Liverpool Proving To Be A Different Animal In Europe

Elsewhere on Wednesday night, goals from Mohamed Salah and Sadio Mane saw Liverpool put their domestic woes aside, as they continued their Champions League sojourn this season with an impressive 2-0 win over RB Leipzig at the Pukas Arena in Budapest, making it 4-0 on aggregate.

The win keeps alive the Reds’ hopes of a 7th European title which could as well be their only chance of securing a place in the competition next season, with hope of finishing in one of the Champions League places now under serious threat, following a run of bad results at Anfield, which has seen their title defence fall completely apart.

Despite winning the game 3-2 after extra-time, Ronaldo’s Juventus bowed out of the competition on Tuesday, with 10-man FC Porto qualifying via the away goal rule, having won the first-leg 2-1 in Portugal.

Mehdi Taremi’s sending off seemed like the end of the road for the Portuguese giants, especially after Federico Chiesa’s second of the night in the 63rd minute looked to have put Andre Pirlo’s side in a comfortable position to go on and win the tie, but it was Sergio Conceicao’s side who hung in there, with Nigeria Super Eagles invitee, Zaidu Sanusi heavily involved at left-back.

Porto, against the run of play, stunned their hosts with a second away goal scored deep into extra time by Sergio Oliveira from a free-kick in the 115th minute, to leave The Old Lady chasing the game. And despite scoring a third just two minutes later through Adrien Rabiot, it was too little, too late for the Serie A side as the full-time whistle sent the Porto dressing room into a roar.

We wrap up this week’s second leg round of last-16 action at the Signal Iduna Park, where Borussia Dortmund secured passage to the quarter-finals despite surrendering a two-goal advantage to draw 2-2 with Sevilla on Tuesday night.

Norwegian sensation Erling Braut Haaland bagged a brace to take his tally to an impressive 20 goals in only 14 Champions League appearances, before Sevilla responded through Moroccan striker Youssef En-Nesyri, who also scored twice to boost the Spanish side’s hopes of completing a comeback, but Dortmund held on for the rest of the game as they ran out 5-4 aggregate winners.

City Back To Winning Ways

Goals from Kevin De Bruyne (2), Riyad Mahrez (2) and Ilkay Gundogan (1) secured a comfortable 5-2 victory over struggling Southampton for Manchester City who returned to winning ways after seeing their 21-game winning streak come to an abrupt end in Sunday’s loss to Manchester United.

The Cityzens’ performance on the night was far from one of their typically dominant victories, especially after conceding from two avoidable situations; first conceding a penalty converted by James Ward-Prowse and then Che Adams adding a second, but their purposeful attacking, along with some absolute nightmares in defence for the Siants meant Pep Guardiola’s men still ended up convincing winners, stretching their lead at the top of the table to 14 points.

British golfer Rory McIlroy says his American counterpart, Tiger Woods could be home “in a week or so” following a serious car accident that left the 15-time major winner needing surgery to fix a fractured leg and shattered ankle.

“Hopefully, if things go well over the next week or so he might be able to get home,” McIlroy told the Tonight Show with Jimmy Fallon in the United States.

“I’ve spoken to him a little bit, he’s doing better. I think all the guys have reached out to him,” he said.

“All of us are wishing him a speedy recovery at this point.

“He text me some words of encouragement before the final round of Bay Hill on Sunday and things didn’t quite go to plan and he was the first one to text me and be like ‘What’s going on here?’

“So even from the hospital bed he’s still giving me some heat.”

McIlroy was among the players whom Woods thanked for the “touching” gesture of wearing his signature red and black for the final round of the WGC-Workday Championship, five days after his accident.