Portugal has emerged as a contender to host this season’s Champions League final showpiece between English sides Manchester City and Chelsea later this month, following UEFA’s inability to gain guarantees of exemptions it wishes to relocate the game’s venue from the Ataturk Olympic Stadium in Istanbul to the Wembley stadium, London.

After Monday’s meeting with officials of the UK government and the Football Association of England, UEFA has all but confirmed that the game will be played elsewhere, with Turkey’s inclusion on the United Kingdom’s red travel list preventing local fans from making the trip to the Bosporus city.

Portugal, on the other hand, has been green-listed, meaning that fans travelling from England can attend the game – whether it be staged in Porto or Lisbon – on May 29th. 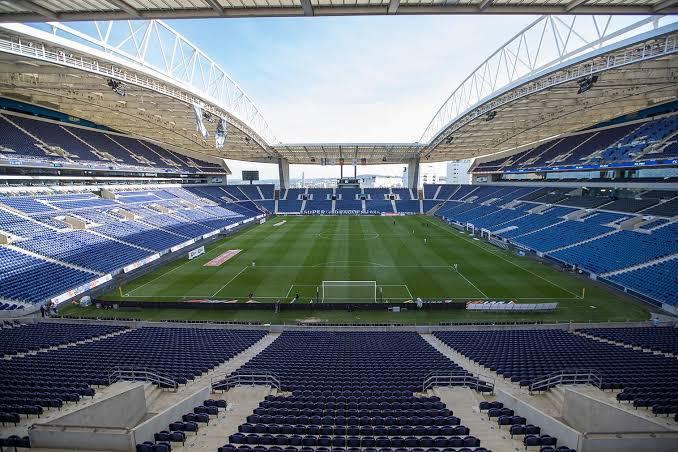 The Estadio de Dragao in Porto has been talked up as a potential venue but it is understood that Lisbon’s Estádio da Luz, venue of last year’s final, is also a possibility

Ahead of a meeting with UEFA, Chelsea Supporters Trust has announced plans to request that the final be moved to the UK, with a host of Manchester City supporter groups also pledging their support for the game to be taken away from Turkey.

There is however a fixture coincidence, as Wembley is scheduled to stage the Championship play-off final on May 29th.

According to reports, UEFA’s initial plan was set to allocate about 4,000 tickets each to both set of fans for the final in Istanbul | Image Credits: AFP

Reports suggest that the English Football League (EFL) would be willing to fix a new date for the game if asked by UEFA, but this could as well mean that Aston Villa’s Villa Park, located in the city of Birmingham, could be considered.

It’s all for UEFA to decide, really.

UEFA officials believe that Portugal presents a better opportunity to gain access to sponsors and broadcasters, but London could yet host the game provided that the UK government and Europe’s football governing body (UEFA) can put pen to paper on an agreement.

Euro 2020 organizers will especially be wary of such a rule, as it would potentially have a major impact on player movements between match venues when the tournament kicks off on June 11th.