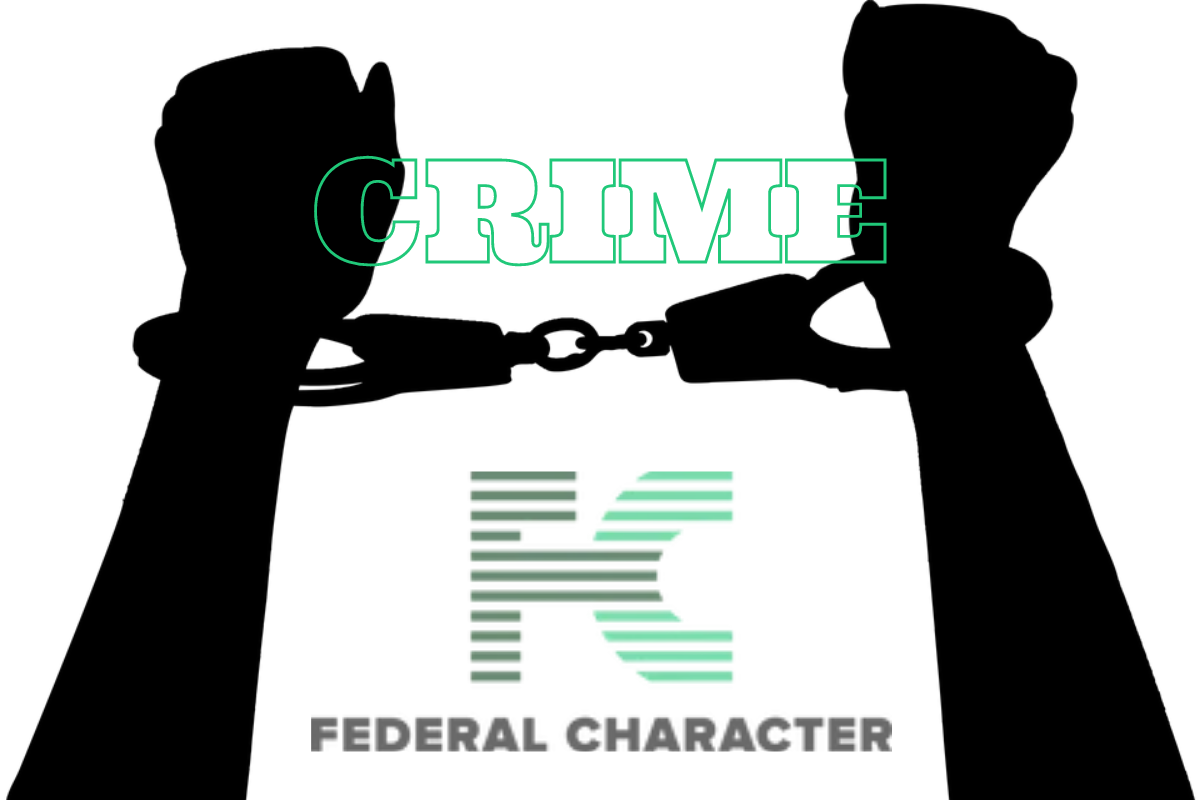 On this very day of the owner of the house, Nigerian movie producer Ideh Innocent, known in the movie industry as One Soul was dragged by law enforcement to Kuje Prison to cool off with like souls.

According to a Federal Character source, the alleged incident started when Ideh Innocent in his dubiously pretentious manner fraudulently obtained master copies of Shirleyann’s movies under the pretense of being a distributor to content buyers.

It is also alleged that the not-so-Innocent Ideh in his usual manipulative ways has defrauded so many people in Nollywood by skillfully intimidating them and for whatever reason he always evaded being brought to justice.

“That means this guy is a gifted dribbler that uses both of his legs very well… abi no be so? – Or how him take dey evade everybody in Nollywood all these years until now? – Even Maradona could only manage to dribble past 5 English players to score a goal that was voted the goal of the century?“

Although Maradona was lucky not to have been penalized for his first goal of the match – a handling foul known till this day as the “Hand of God,” because the referee wasn’t close enough to see the foul as he ran off pointing to the center of the field for the game to continued. But this is not the case for Ideh Innocent…as those he has scammed are close to themselves enough to compare notes and stories. became aware there are others. It soon became clear to One Soul that his game was up and there will be no more dribbling.

He was dragged out of his house by the long arm of the law and had his wrists was wrapped in a pair of silver bangles belonging to Kuje Prison.

It reminds me of that Kenny Rogers song, “Long Arm Of The Law.”

The country singer sang. If he sang it in Zanku beat laced with pangolo, it probably would have made the charts in Nigeria so that the likes of One Soul could draw valuable lessons from it.

Ok…so back to our tori..

Our source also alleges that the same One Soul takes his victims to uncompleted buildings to pose and convince them that it was the money he collected from Nevada that he used to build the house.

This one weak me. How is Nevada finding his way into fraudulent news here and there biko?

First, we reported in one of our posts that he is on the run from the United States and presently hiding in Nigerian because he is wanted for fraud in the US government over fraud? click here to read about Nevada Bridge’s CEO criminal case or google “United States vs Neville Sajere and don’t forget to thank us after reading.

Now, One Soul and Nevada in collabo in this story – another fraudulent take! Nawa. Biko what do they say again about birds of a feather?

But are these Nollywooder mumu? How can someone take you to an uncompleted building and tell you it is your money he used to build it? How much did you pay him biko kwa? Even the mention of Nevada doesn’t make all things possible my friend. And shouldn’t make you a mumu to fall for such cheap scam. That you fell for it released your films to him…is beyond understanding.

The same source of ours alleged that Ideh Innocent, it is the same person – One Soul – don’t be confused by his baptismal name. It is alleged that he also uses names of notable Nollywood actors to tell different lies – especially a particular actress from Akwa Ibom who he claims has refused to pay for his directing fees.

According to Nollywooders, he does this to make people believe that this Akwaibomite rose to fame through him.

But in summary… any day that a thief is caught is a good day; especially for the owner of the house.

Our congratulations to Nollywood as one of your alleged most astute criminally disposed talented fraudster – who has been a thorn in the flesh of the industry for many years is finally facing justice.

Due to the handy work of the Akwa-ibomite, Shirleyann Ede who is known to be a persistent fighter and one of the most intolerant of crimes in the industry.

Wait…can she kukuma become our president?… Persistent fighter and intolerant of crime.

What is all this praising ehn?

She brought Innocent Ideh or One Soul, to justice…In a scam that Stevie Wonder could have seen coming…and so?

I Will Wear What I Want

Mechanic Gets Sentenced to Prison for Cybercrime in Ilorin

Scavenger Sentenced to a Year in Prison for Wrecking AEDC Transformer Fence.