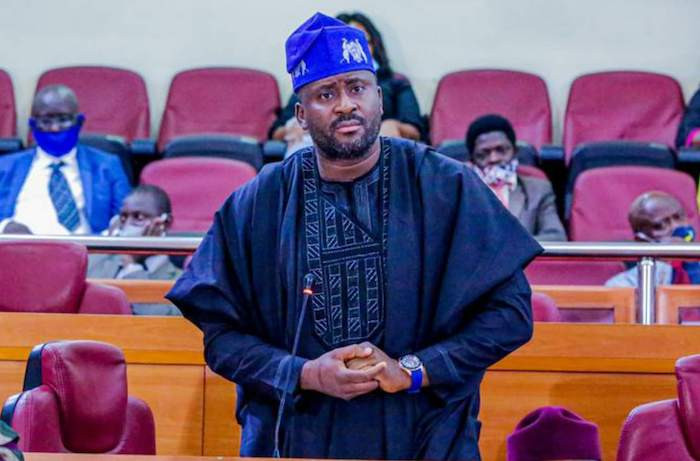 Before the prefix title ‘Honourable’ was attached to his name, Mr Desmond Elliot had more honour among Nigerians – home and abroad. Many Nigerian youths, especially the millennials, grew up loving Mr. Desmond Elliot now Hon. Desmond Elliot being a member of the Lagos State House of Assembly (LSHA).

Prior to his interest in politics and eventual election as a member of the Lagos Assembly in 2015, Desmond was loved by many. He is no doubt one of the most admired and handsome dudes in Nollywood. His popularity lingered even through his campaign and election, until he made some unpopular pronouncements on a group of protesting youths.

In October 2020, there was an End SARS protest. The protest which was largely fuelled via the social media especially Twitter, sought to see an end to police brutality. An arm of the Nigerian Police named Special Anti-Robbery Squad (SARS) had over the years been tormenting young Nigerians through extortion, humiliation, and even extrajudicial killings.

As a result, the Legislative arm renewed its effort to stifle the voice of the youth through the promulgation of a law that seeks to regulate the use of social media. It is named Anti-Social Media Bill. Mr Desmond who was perceived to be different from career politicians disappointed his fans when it was learnt that he allegedly supported the Bill. As common among politicians in Nigeria, he earlier denied when the news surfaced on the Internet. The protesting youths went for his jugular.

The once loved 47-year-old Nigerian actor-cum politician became a perceived enemy of the people.

Of course, Desmond made attempts to return to the popular side of the people through a public apology, but his former fans already had their mind made up. From then on, Mr Elliot could do nothing right in the eyes of the people.

Since the life-changing incident, Hon. Desmond had gone on a hiatus. The youth ensured they missed no opportunity to abuse Mr. Elliot. They even address him as Desmond Idiot.

Recently, he attended a music award event, Headies. It was another opportunity to dishonour the Honorable. Like a waterfall, the rain of abuse gushed and flooded the social media.

Does Mr. Elliot’s lost honour have anything to do with joining politics in Nigeria? We can argue that, but he is not the first entertainer to join politics. Richard Mofe Damijo is still well respected though he was just a political appointee. Banky W almost made it to the Lagos Assembly, probably he would have also joined them and lost his popularity.

Arnold Schwarzenegger joined politics as a popular actor. The Austrian-American actor served as the 38th Governor of California from 2003 to 2011. To a large extent, Mr Arnold is still respected in the United States and his reputation intact.

Let us assume that politics in America is saner than what we practice here. For Desmond, he might have lost a substantial number of fans, but he has access to free, more money. Money that you cannot get acting in Nollywood. He will probably get more money than he ever realised while shooting movies for close to two decades in just four years as a member of the LSHA.

In life, we gain some and lose some. It is safe to say, the actor has sacrificed his popularity for more money.