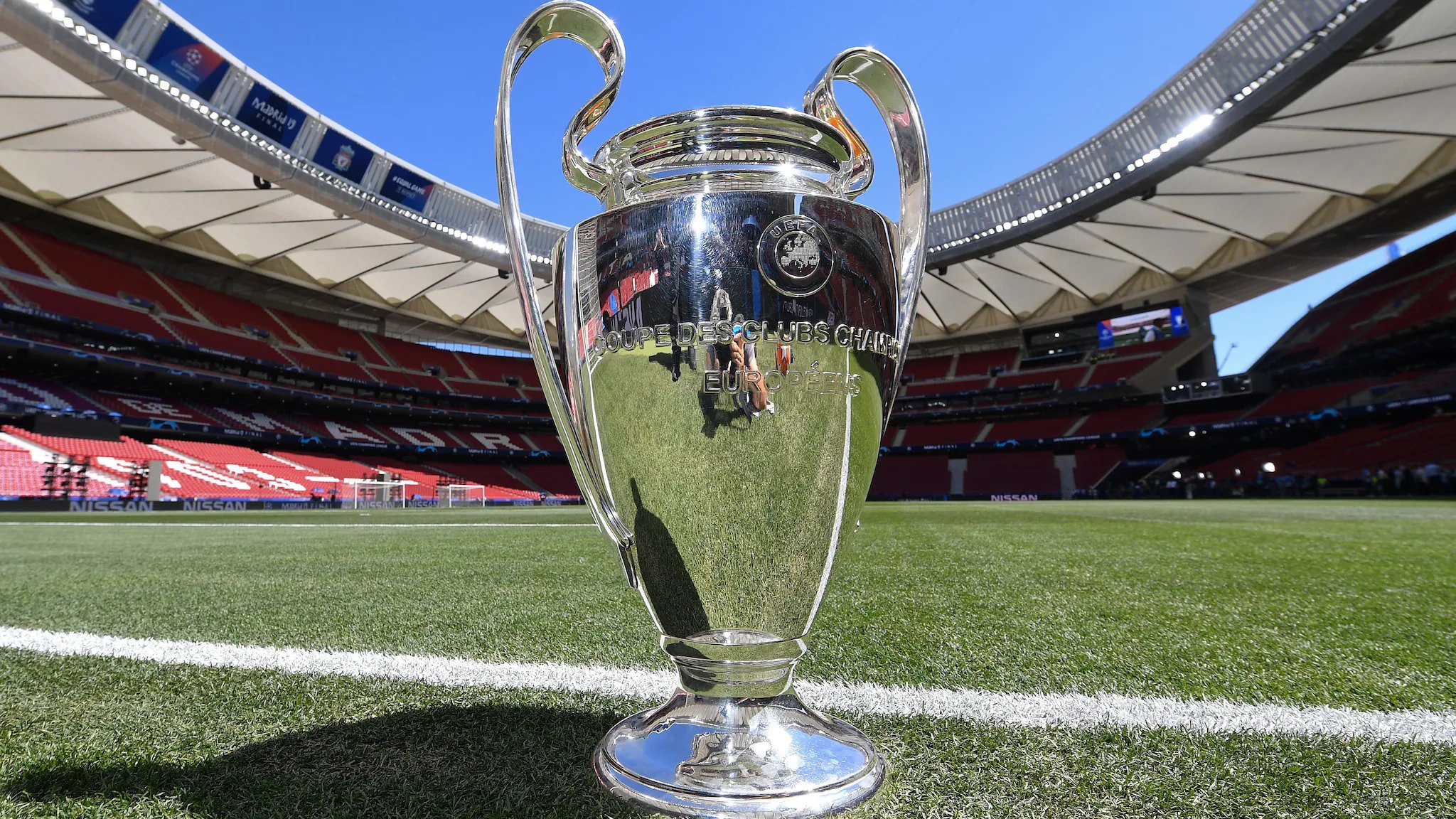 We start today’s bulletin from the UEFA Champions League where Premier League front-runners Manchester City will look to complete the task of securing a place in the last-8 when they play host against German opposition Borussia Monchengladbach at the Puskas Arena for their Champions League round-of-16 second leg tie tonight, while 13-time winners Real Madrid welcoming Italian opposition Atalanta to the Estadio Alfredo Di Stefano in the day’s other fixture.

All times are set in West Central African Format (GMT+1)

Diogo Jota marked his return to his former club by scoring the game’s only goal to give Liverpool’s hopes of earning a top-four finish a big boost on Monday night, but the game ended worrisomely after Wolverhampton Wanderers goalkeeper Rui Patricio was stretched off with a head injury.

Jota’s goal ensured the champions ended a bad patch of form that has seen them crumble to six defeats in the past seven league games and into mid-table.

The scenes of Patricio’s injury were reminiscent of Mexico International, Raul Jimenez’s skull fracture suffered earlier in the season, but Wolves gaffer Nuno Espirito Santo allayed such fears in his post-match press conference.

“Rui Patricio is OK. He’s conscious, he’s aware,” said Nuno. “He remembers what happened. The assessment is positive, he is going to be OK.

“When it’s something so serious, you always get worried. It can happen in football. The law is clear. The referees keep the flag down and play to the whistle. Situations will happen. This won’t be the only time.”

Lionel Messi bagged a brace and provided an assist as Barcelona outclassed struggling Huesca at the Nou Camp on Monday night.

Messi’s brace, along with goals from Antoine Griezmann and Oscar Mingueza ensured Barcelona ran out 4-1 winners – despite Rafa Mir halving the deficit from a controversial first half injury time penalty – to return to second on the table, four points off leaders Atletico Madrid.

The game was the 33-year-old’s 767th in Blaugrana colours, meaning he has now equalled club legend, Xavi Hernandez’s record for most appearances for the club.

Since making his competitive debut as a substitute in a 1-0 win against Catalan rivals Espanyol in October 2004, Messi has gone on to win a jaw dropping 34 trophies, breaking several records on his way.

He will break Xavi’s record if he plays in Sunday’s La Liga fixture away at Real Sociedad.

WEEKEND ACTION: From The Premier League, To The Women’s FA League Cup Final, To Serie A, La Liga And Ligue 1

“I don’t know how to express this, I’ve been waiting for this day to come. I’m grateful to God, my teammates and my manager for helping me grow,” said Iheanacho after the game.

The 24-year-old also joined the rest of the world in celebrating Mothers’ Day: “I wish everyone a happy Mother’s Day. I dedicate this match ball to all the mothers in the world.”

Behind only Jamie Vardy’s 14, Iheanacho is the Foxes’ second highest goal scorer this season, with 10 goals in all competitions to his credit.

The win moved Leicester temporarily into second on the log, right before Manchester United’s win over West Ham.

The Blades, who were without manager Chris Wilder after it was announced on Saturday that he had left his position as manager by “mutual consent” after almost five years in charge, look more destined than ever for the drop. They sit rock bottom on the log and 14 points adrift of safety.

Goals from Martin Ødegaard and Alexander Lacazette cancelled out Eric Lamela’s stunning ‘rabona finish’ as Arsenal completed a comeback to claim all three points, and of course bragging rights in North London.

Lamela – on for the injured Son Heung-Min – provided a moment of brilliance in the 33rd minute when he applied an instinctive touch using the outside of his left foot maneuvered behind his right to curve an unstoppable shot beyond Bernd Leno from what was Spurs’ first shot on target.

Arsenal, who continued to controll most of the possession despite falling behind got their equalizer on the stroke of half-time when Ødegaard’s deflected shot beat a helpless Hugo Lloris in goal, before Lacazette’s 64th minute penalty sent Arsenal to their tenth North London derby game without defeat.

An own by the Craig Dawson made all the difference at the Theater of Dreams as Manchester United edged their way to a slim 1-0 victory over fellow top-four hopefuls West Ham.

The win restored United’s standing in second spot, having fallen behind Leicester earlier on Sunday. With teams from fourth to seventh all failing to register a win in the Premier League this weekend, Ole Gunnar Solskjaer’s side now hold a massive nine-point advantage over West Ham who stay fifth, with a game in hand.

Burnley got their second famous win in as many games on Merseyside this season, with strikes from Dwight McNeil and Chris Wood seeing off the challenge of hosts, Everton.

Sean Dyche’s team raced into a two-goal advantage inside the opening 24 minutes and looked set to keep a clean slate in the first half, but Dominic Calvert-Lewin combined with Tom Davies to peg them back with a header that went past Nick Pope to halve the deficit before half-time.

The home side came out fired up in the second half and created more chances, but lacked the cutting edge required to penetrate Burnley’s typically resolute defence line.

The win, albeit crucial to their survival ambitions, wasn’t enough for Dyche’s men to move further than their previous 15th position on the log, but then they are now seven points clear of the bottom three. Everton on the other hand sit five points outside the top four.

Sam Kerr scored a hat-trick as Chelsea matched to their eighth major trophy after outclassing Bristol City 6-0 at Vicarage Road to retain the title they won last year.

Kerr contributed a hat-trick while England International, Fran Kirby, was involved in all six goals scored by the Blues.

What seemed like a perfect day at the office for Chelsea was marred late on with Norwegian defender Maren Mjelde having to be taken to hospital after suffering a what is suspected to be a serious knee injury that could as well keep her on the sidelines for a long time.

Serie A In English

Cristiano Ronaldo is easily this week’s Serie A poster boy after his perfect hat-trick inside the opening 32 minutes in Juventus’ win over Cagliari on Sunday took his tally (770) over Brazilian legend Pele (767) for the most number of goals scored in official matches.

Pele posted on Instagram: “Life is a solo flight. Each makes his own journey. And what a beautiful journey you are having. I admire you a lot, I love watching you play and this is no secret to anyone. Congratulations on breaking my record of goals in official matches.”

Ronaldo was criticized by some quarters of the Juventus fan base after their defeat to Porto in the Champions League last mid-week, but his performance on Sunday evening is a firm reminder of the level of talent he possesses, and the 36-year-old did promptly responded by gesturing towards his ear as if to say “I can’t hear you” during his third goal celebration to hammer this point home.

What’s Changed On The Table?

We conclude today’s Football Wrap Up in France where another Nigerian, Simon Moses was in the thick of the action as Nantes inflict defeat on Paris Saint-Germain at the Parc De Princes.

The Super Eagles invitee starting his 19th league game of the season continued from where he left off last weekend by making it back to back goals in consecutive weeks.

The win will surely be a moral booster for Antoine Kombouare’s men, but they remain rooted in the relegation waters, having won only 27 points from 29 outings so far this season.

A two-fight deal that will see two of British boxing’s biggest names; Anthony Joshua and Tyson Fury contest to become the undisputed heavyweight champion has been agreed, according to Joshua’s promoter Eddie Hearn.

No dates or locations have been confirmed for the bout but Hearn gave positive updates when asked about the fight on Monday.

“All parties have now put pen to paper and we will be working hard over the next few weeks to confirm the site and date for the biggest fight in boxing”.

WBC titleholder Fury, 32, and WBA, WBO and IBF holder Joshua, 31, will look to emulate compatriot Lennox Lewis who was the last man to hold the title of undisputed heavyweight champion between 1999 and 2000.

Fury is unbeaten in all of his 31 professional fights so far, while Joshua has won 24 and suffered one defeat in 25 professional bouts.

Back-to-back NBA MVP, Giannis Antetokounmpo collected 31 points, 15 rebounds and 10 assists to lead the Milwaukee Bucks to a 133-122 victory over the Washington Wizards on Monday night.

The Bucks left it late having let slip a 26-point third-quarter advantage slip to five midway through the fourth. The Wizards continued piling the pressure and were within seven in the final minutes, but the Greek Freak had other ideas.

He scored the game’s next four points to take his tally to yet another double-digit game as the Bucks matched to their fourth consecutive victory.

Organizers confirmed on Monday (March 15) that the torch relay for the Tokyo 2020 Olympic Games will go on according to plan on March 25 in Fukushima, Japan.

I Have Your Mate At Home

Olympic Basketball: Despite two losses, here’s how Nigeria can still make the quarter-finals