Jurgen Klopp’s Liverpool face the task of seeing out the challenge 14-time winners Real Madrid, starting with the first leg of their semi-final clash at the Estadio Alfredo Di Stefano tonight, but the German manager says his team will not be on revenge mission. 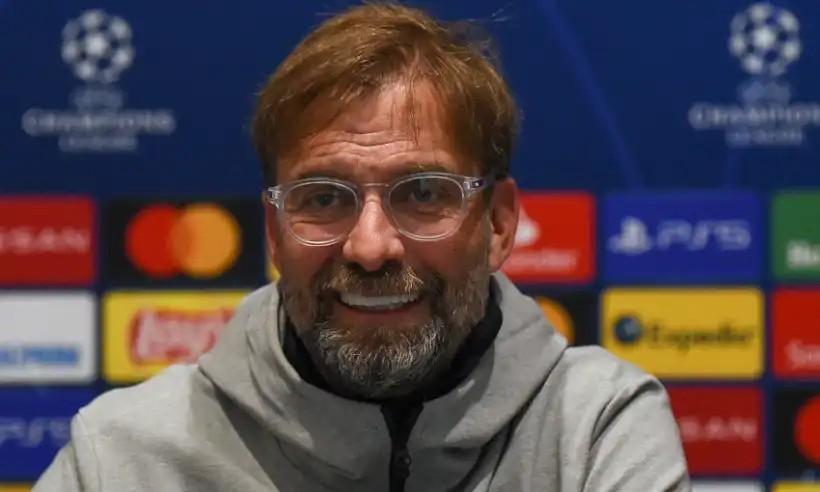 “We are not on a revenge tour here. I don’t believe too much in revenge, but it would be nice to get through, because it would mean we are in the next round.”

Flashback two years ago, Real Madrid triumphed 3-1 over the Reds in the final played in Kiev, with a teary Mohamed Salah stretchered off after dislocating his shoulder in a duel with Real captain Sergio Ramos.

“This has nothing to do with 2018 but when I got the draw – because it’s the first time we played Real Madrid since then – of course I remembered the game.

“I said after that game that if somebody asked me a week later or a month later if I would invite Sergio Ramos to my 60th birthday, then I would say no. I would think about it again.

“He’s a great footballer but I didn’t like what happened that night. It was a strange night for us but it’s long ago and I cannot get that feeling back, that anger or whatever, so I don’t even try.”

With Liverpool going on to win the next edition of the competition, beating fellow English side Tottenham in the 2019 final, before ending their 30-year wait for an English top-flight title a season later, while also claiming a European Super Cup and a first ever Club World Cup trophy in between, there couldn’t have been a better grass to grace story.

However, with their dismal mid-season form in the Premier League seeing them mount one of the worst title defences ever, Liverpool’s chances of competing at this level once again next season might as well dwell on winning this season’s Champions League, albeit sitting only two points outside a very densely populated top-four scramble involving Chelsea, West Ham, Tottenham and city rivals Everton.

Liverpool have warmed up well by beating Arsenal 3-0 in the Premier League on Saturday, while Zinedine Zidane’s men, who are once again within the discussion for this season’s La Liga title, also won their game 2-0 against Eibar, but Klopp still fancies his side’s chances.

“We face a football-playing side which is very helpful for football in general but for our defending as well, that’s why we have a chance,” said Klopp.

“In the end, we deserve trust” – Zidane ahead of Real Madrid vs Liverpool Tonight

French manager Zinedine Zidane believes Real Madrid critics have been unfair in reaction to the club’s slow start to the season, but insists his team is out to prove their worth tonight.

“In the end, we deserve trust. What is said, we can’t change all of that. What we can do is our jobs every day.”

Real, who won a hat-trick of Champions League titles between 2016 and 2018, come into tonight’s game on the back of an 11-game unbeaten run which has seen them record nine wins and two draws in the last 11 matches.

Liverpool do not have any fresh injury worries, but are still without the services of long-term absentees including team captain and midfielder Jordan Henderson, and senior center backs Virgil van Dijk, Joel Matip and Joe Gomez.

Portuguese forward Diogo Jota has been in tremendous form of late, scoring six goals in his last four games for club and country, but until the line ups are out, it remains to be seen whether or not he gets the nod ahead of Roberto Firmino, who returned to the starting line up in the weekend game at Arsenal.

Real Madrid on the other hand were dealt a blow ahead of this tie when influential captain Sergio Ramos was ruled out of both legs, after picking up a calf muscle injury while on international duty with Spain.

Tonight’s game has come too soon for former Chelsea forward Eden Hazard, who albeit returning to training with the squad ahead of time from his latest muscle problem, will not be risked.

Manchester City’s quest for a maiden Champions League crown continues tonight when they take on German side Borussia Dortmund at the Etihad tonight.

The Sky Blues are on their way to reclaiming the Premier League title from Liverpool after another brilliant season under Spanish manager Pep Guardiola which has seen them dominate the English top-flight in recent seasons, but it is in Europe where they have failed to click. If there’s one title Guardiola and the City heirarchy would be willing to kill for, then it absolutely is the Champions League.

Dortmund sit sixth in the Bundesliga. A bit of a contrast when compared to how much they’ve been in the news for the past several weeks, due to the imminent departure of their 20-year old Norwegian superstar Erling Braut Haaland.

With both sides each holding potent attacking threats, I reckon this fixture will rain goals.

With Sergio Aguero back to match fitness again, Guardiola will have his full squad available tonight, while Dortmund will be without England international Jadon Sancho after the forward could not shake off a muscle injury in time to feature against the club where he got his first chance as a youth teamer.

BVB will also be without defender Dan-Axel Zagadou (knee injury), while exciting young forward Youssoufa Moukoko (foot injury) has been ruled out for the rest of the season. 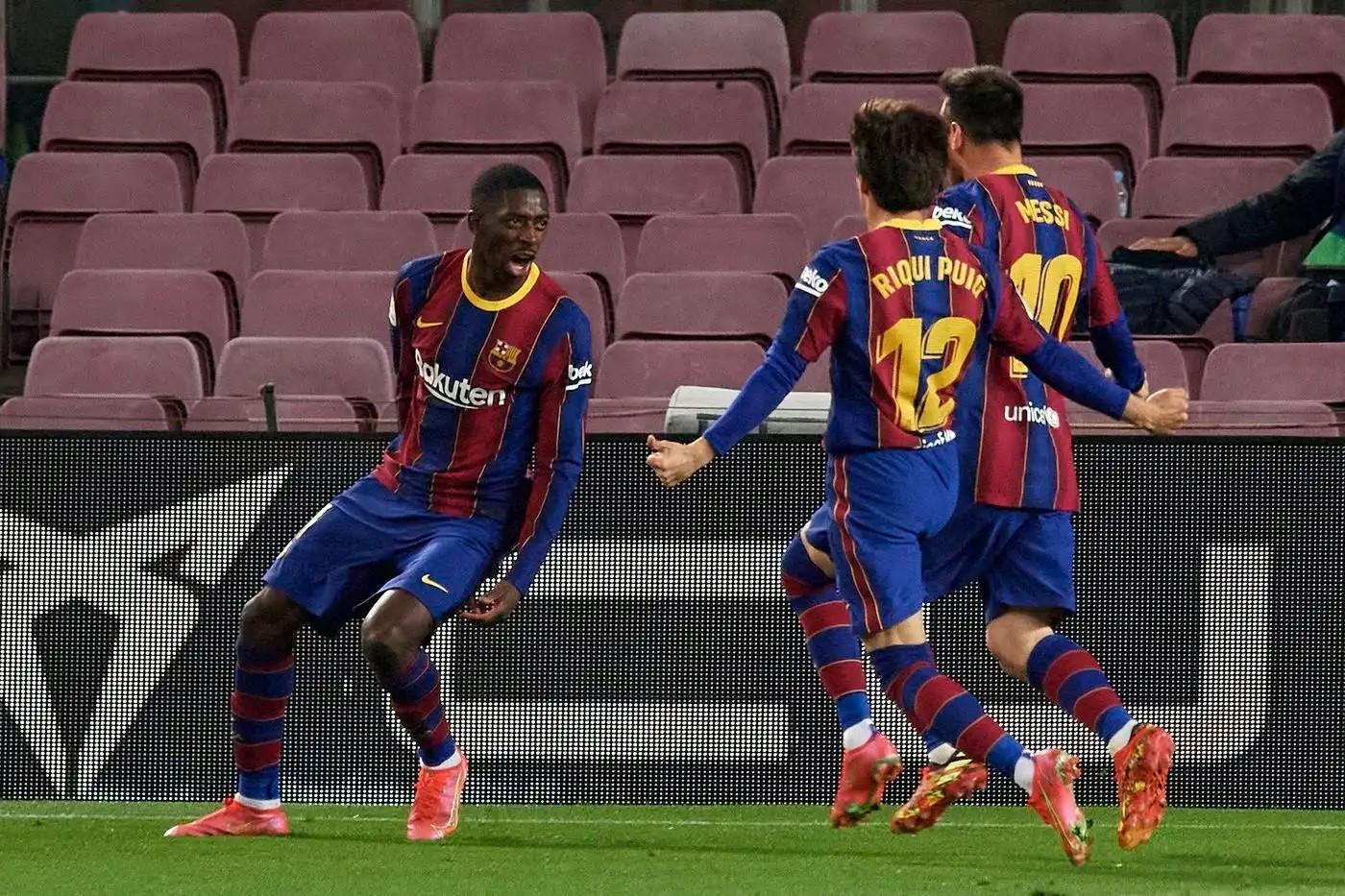 Ousmane Dembélé scored a 90th minute winner against 10-man Real Valladolid as Barcelona closed the gap on leaders Atletico Madrid to just a single point in the race for this season’s La Liga title.

The Blaugrana are back in contention for the title, provided they can win all their remaining games, including one against Atletico next month.

“This is the result of our work. We worked very hard in these last few months.

“Things are starting to go our way.”

Atletico’s 1-0 loss at Sevilla on Sunday blew the title race wide open in Spain, with all of Real Madrid, Barcelona and Atleti still able to win it.

Up next for Barcelona is a trip to the capital to take on Real Madrid in the last clásico of the season on Saturday, while Atletico welcome Eibar to the Wanda Metropolitano on Sunday. 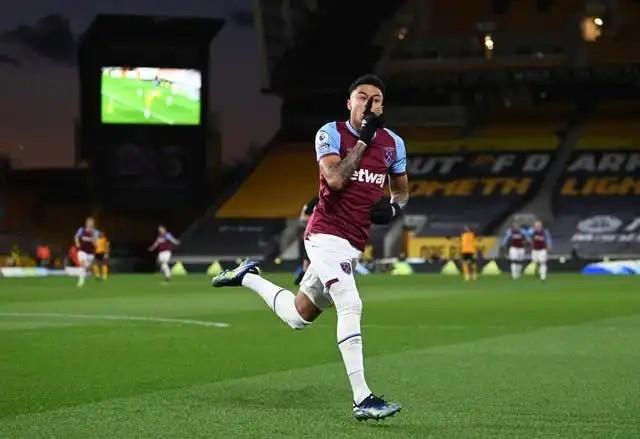 Another impressive Jesse Lingard performance inspired West Ham as they beat Wolverhampton Wanderers at the Molineux on Monday night to move one step closer to securing Champions League qualification.

The box office loan signing from Manchester United broke the deadlock in the sixth minute to take his tally to six goals in eight appearances, before turning provider for two Pablo Fornals and Jarrod Bowen as the Hammers raced into a 3-0 advantage before the half-hour mark.

What looked like light work in the start was turned on it’s head as the hosts responded with two goals from Leander Dendoncker and Fábio Silva, almost reminiscent of the Hammers’ last outing when they lost a similar advantage against Arsenal in the London derby, but David Moyes’ men did enough to hold on to three maximum points.

The win, albeit scrappy in the end, was a big statement of intent and proof of their ambitions to return to the highest echelons of the European game, as they target a first top-four finish since 1986. 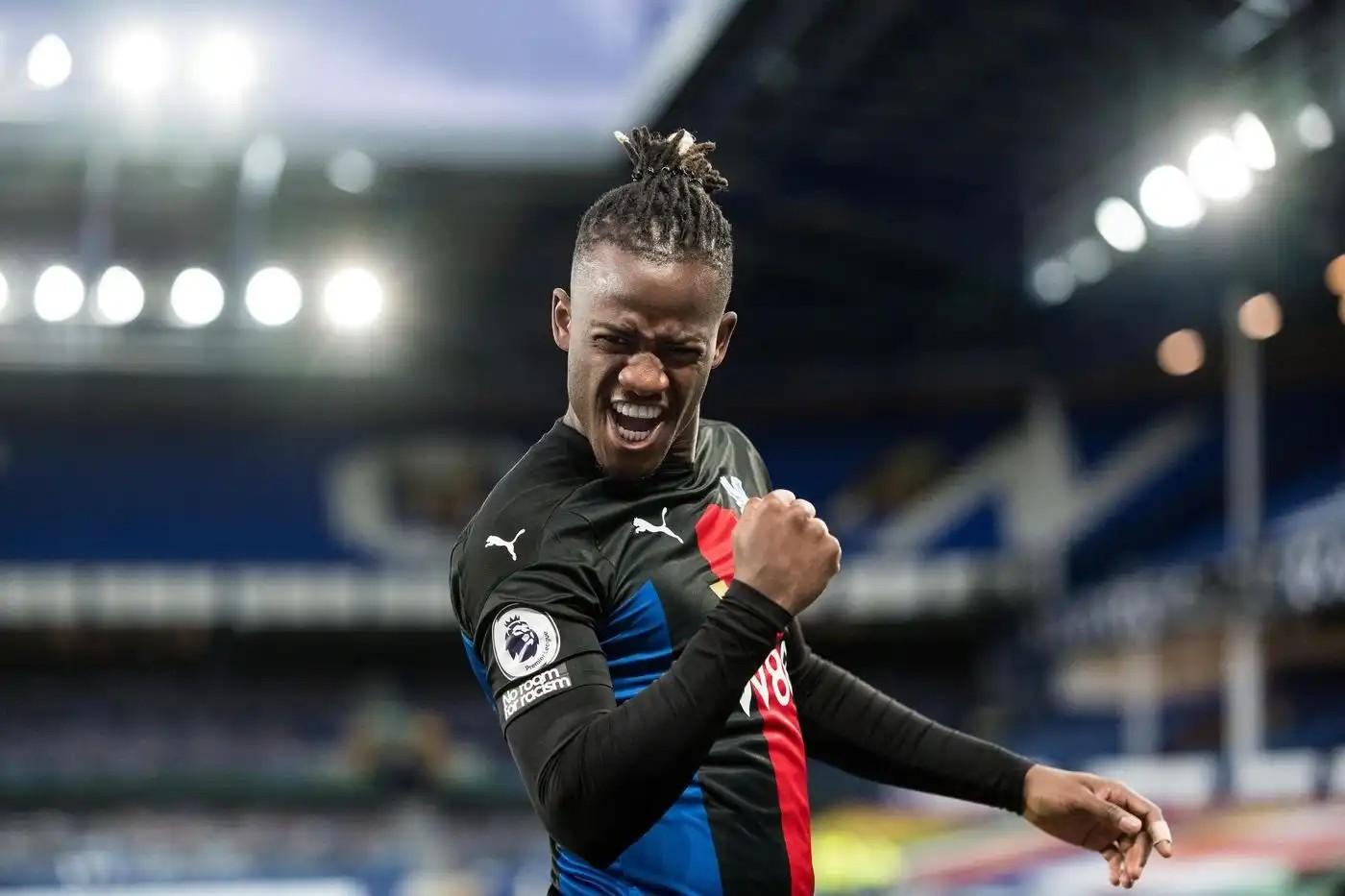 Michy Batshuayi came off the bench to grab an equalizer for Crystal Palace with four minutes of normal time to play, cancelling out fit again James Rodriguez’ 56th minute opener.

A draw clearly wasn’t ideal for Everton, whose hopes of finishing in a Champions League position have been dealt a huge blow, but manager Carlo Ancelotti insists his side are still in the fight.

“The target is the same. We lost two points. We have to get those two points back in other games.”

Everton now sit eighth on the Premier League standings, five points off fourth-placed West Ham, with a game in hand.

Palace on the other hand, have all but guaranteed their safety with the draw seeing them go 12 points clear of  the relegation zone, with eight games before the end of the season.

Nigeria international Alex Iwobi was not in the matchday squad despite training with the rest of his Everton teammates upon his return from Lagos where he was on international duty with the Nigeria national team, the Super Eagles, but the 24-year old was not passed fit for Monday night’s game.

“We had a little problem in the past few days with Iwobi and Allan. Not a big deal but they are not able to play,” said Ancelotti.

“Gbamin has a strong desire to play and if I have the possibility, I want to give him minutes”.