From Football, to Boxing, to Basketball, the Olympic Games and Tennis, we bring you all the action in this brand new edition of our sports bulletin. 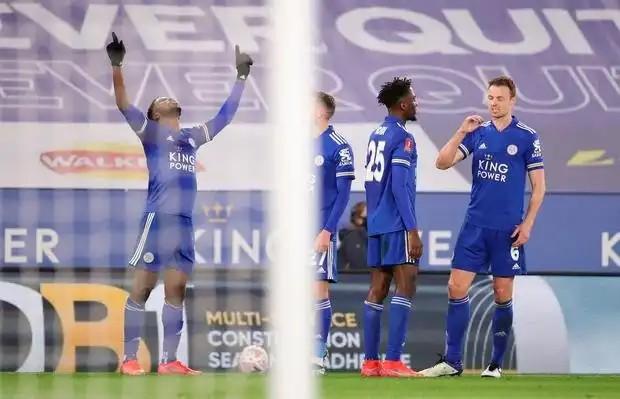 Kelechi Iheanacho continued his fine form in front of goal by bagging a brace and contributing an assist as Leicester City outclassed Manchester United 3-1, to set up a Wembley semi-final date with Southampton.

The Nigerian striker opened scoring after a lose ball by Fred allowed him to round Dean Henderson, before slotting into an empty net.

Ole Gunnar Solksjaer’s men tried to salvage the situation with time running out in the second half, but Leicester’s quality was prevalent throughout the game, especially with Tielemans and Man Of The Match winner, Wilfred Ndidi, controlling the flow of the game from the middle of the park.

And it was no surprise when Iheanacho got on the end of Mark Albrighton’s free-kick to head in at the back-post for his second of the game as Leicester move to within two victories from winning their first ever FA Cup title.

The win also sets up a first FA Cup semi-final appearance since 1982 for the Foxes, while United’s hopes of silverware suffered a devastating blow, with the Europa League now their only bet.

Sunday’s other fixture saw Chelsea beat Sheffield United 2-0 at Stamford Bridge, courtesy of a first-half own goal by Oliver Norwood followed by a second in injury by Hakim Ziyech to seal the game and book a return to Wembley for the Blues who are set to take on Manchester City. 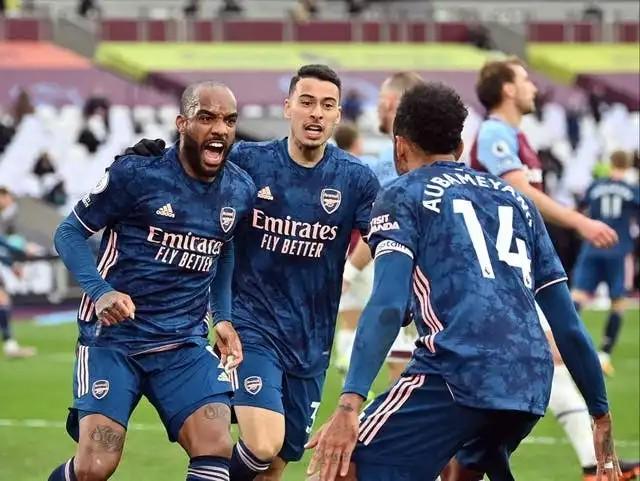 It was a game of two halves at the London Olympic Stadium as Arsenal overturned a three-goal deficit to frustrate West Ham United’s hopes of clinching a Champions League spot this season.

The six-goal thriller saw Manchester United loanie Jessie Lingard open the scoring, and Jarrod Bowen added a second to put David Moyes’ team two up inside the opening 20 minutes, before Tomas Soucek poked in Antonio’s header just past the half hour mark for the game’s third.

With Arsenal having a poor half, the Hammers thought they were destined to take their three-goal advantage into the break, only for Tomas Soucek to fumble the ball into his own net seven minutes from half-time.

Arsenal improved in the second-half and were rewarded when Michael Dawson turned the ball into his own net in the 61st minute, before Alexander Lacazette headed in the equalizer with only eight minutes left to play.

“I’m very disappointed because I cannot accept my team to play the way we did in periods in the first half. I expect we play at the level we did afterwards,” said Arsenal manager Mikel Arteta.

“The first goal, it can happen. It is a really good combination [by West Ham]. That is fine. The way we concede the second and third is unacceptable. Afterwards the attitude and togetherness we showed – it is really difficult to do what we have done. We got really close to winning and I think we deserved to win it but the first part really worried me.” 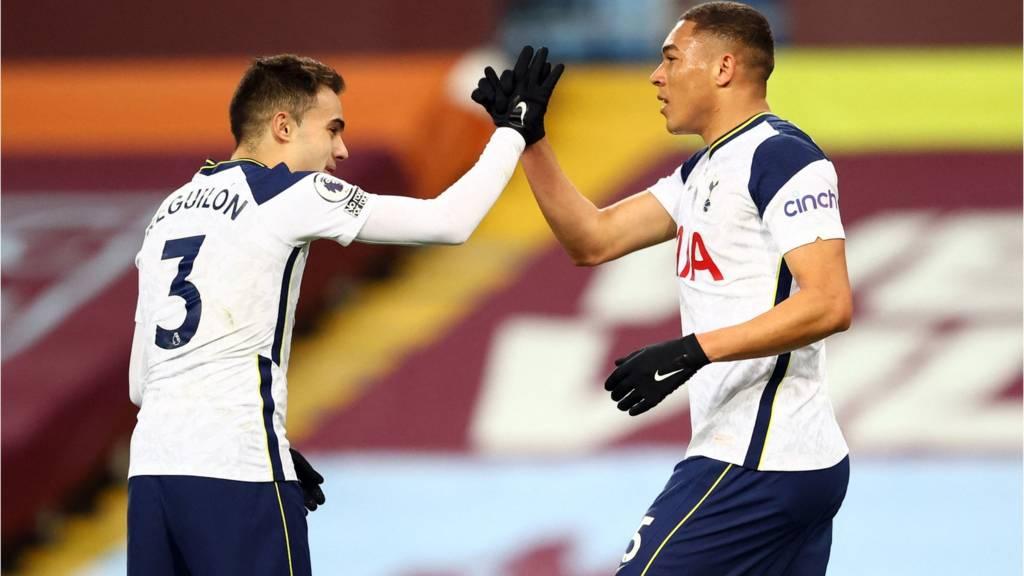 Elsewhere on Sunday, Tottenham Hotspur put the disappointment of being bundled out of Europe behind them to win 2-0 at Aston Villa, thanks to goals from Carlos Vinicius and Harry Kane.

Needing a reaction after a woeful week that saw Spurs lose the North London derby before going on to throw away a two-goal advantage to lose 3-0 as Dinamo Zagreb secured qualification for the Europa League last-8, Jose Mourinho overhauled his line up, with the likes of Japhet Tanganga, Joe Rodon, Giovani Lo Celso and Carlos Vinicius starting the game

Midfielder Harry Winks and right-back Matt Doherty were not dressed at all as the 16-year-old duo of Alfie Devine and Dane Scarlett got the nod instead.

Toby Alderweireld and Serge Aurier were also not dressed but their absence has been attributed to illness.

This gave the chance for Mourinho to hand a chance to Academy graduate Tanganga at right-back and winter signing Joe Rodon alongside Davinson Sanchez in central defence, a combination that worked superbly as Spurs kept a clean sheet.

“I think that’s our next challenge; not to be reactive, always with this attitude, an attitude that dignifies our jobs and dignifies our club.

“We are going to lose many times, but there are things that are not negotiable. Attitude, professionalism, team spirit, empathy.

“The next challenge is not to react to bad results, but to be permanently with this state of mind.” 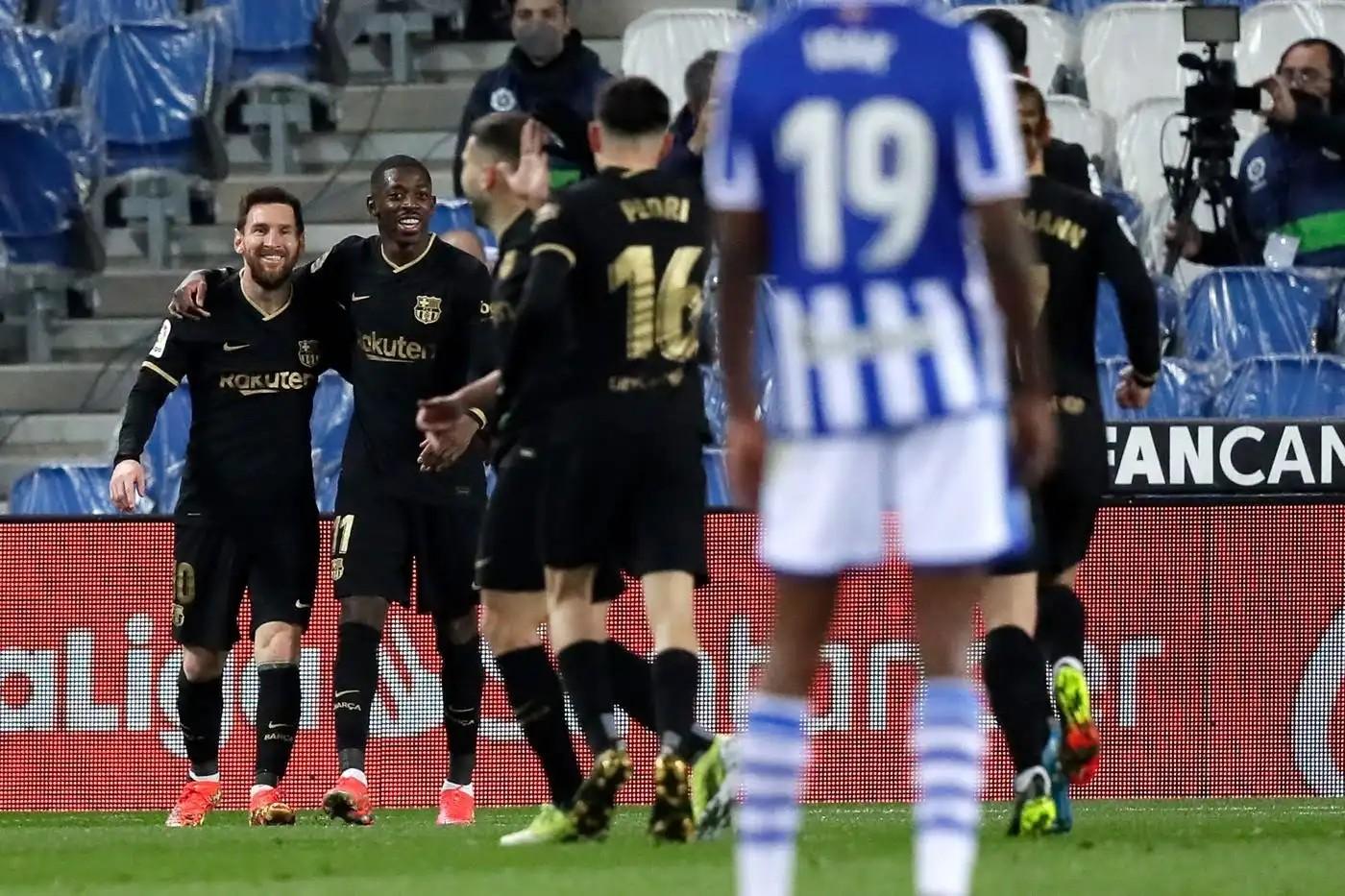 Lionel Messi scored twice on the occasion of his record-breaking 768th appearance for Barcelona as the Catalan giants overwhelmed Real Sociedad 6-1 at the Nou Camp to close the gap on leaders Atletico Madrid to four points.

The 33-year-old has now broken Xavi Hernandez’s record of 767 appearances for the club, to become the club’s most capped player.

Barça sit second in La Liga, on the back of an 18-game unbeaten run which includes 12 wins in their last 13 games. 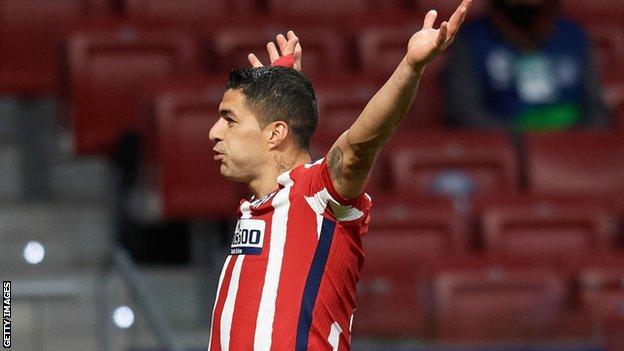 A late penalty save by Jan Oblak saved the day for Diego Simeone’s men who preserve their four-point advantage at the summit of the table heading into the international break. 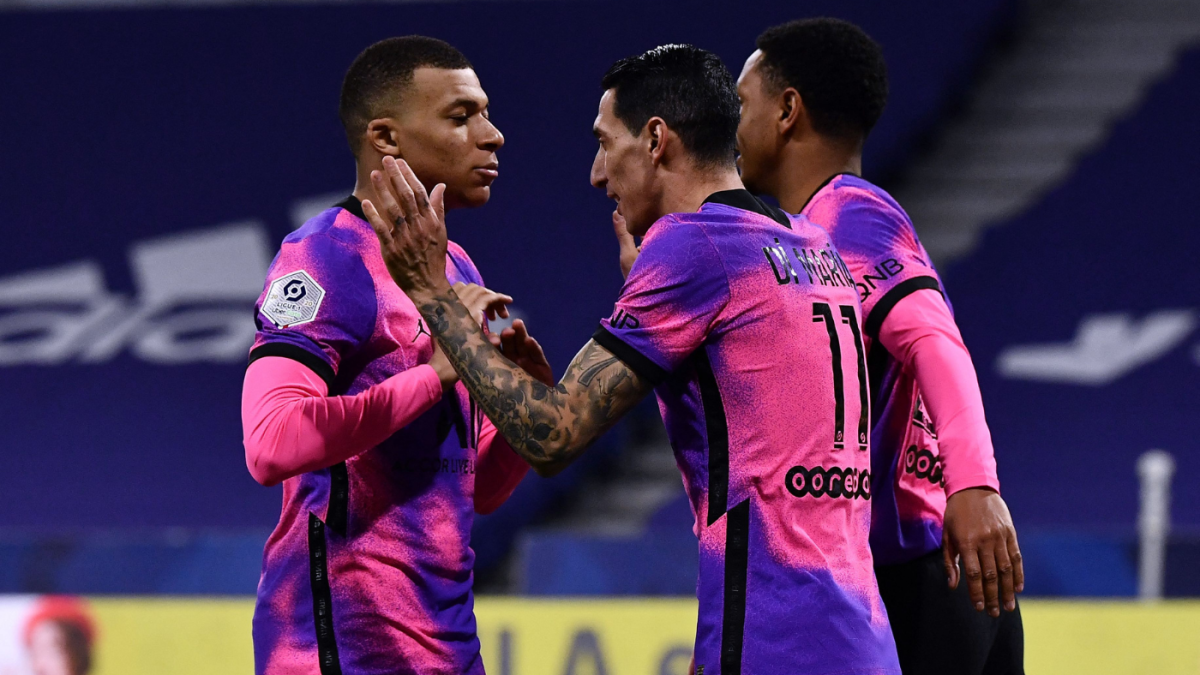 Kylian Mbappe’s double, either side of the break, saw Paris Saint-Germain stun Lyon 4-2 in a top of the table clash at ???? to go top of Ligue 1.

Mbappe broke the deadlock with a fantastic finish from a tight angle, before Danilo Pereira’s half-volley went flying into the net to double PSG’s advantage before half-time. Angel di Maria added a third early in the second half and Mbappe rounded off the scoring with a fourth to secure the points.

Algerian striker Islam Slimani scored to spark the hosts back to life, with Maxwel Cornet also getting on the score sheet as they looked to force a comeback, but it was too little too late as the team from the capital came away with all three points to climb to the top of the standings on goal difference.

The game also marked the return of fit again Brazilian forward Neymar who replaced Mbappe in the 70th minute after spending six weeks out on the treatment table. 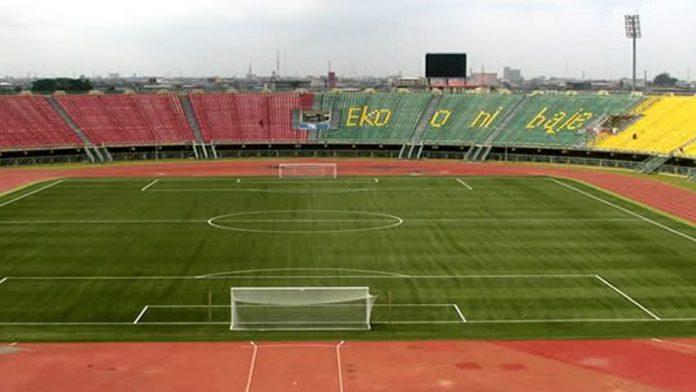 African football governing body CAF has given the greenlight for the Teslim Balogun stadium to accommodate a maximum of 10,000 spectators when Nigeria’s Super Eagles return to Lagos for their African Cup of Nations qualifying fixture against the Crocodiles of Lesotho on March 30.

CAF has agreed to the Nigerian Football Federation’s request to let Nigerian fans experience the game live at the stadium, on the condition that Covid-19 protocols are duly observed.

Nigeria who sit top of Group L in their Cameroon 2021 AFCON qualifying will take on Benin Republic in Cotonou on Saturday March 27th, before returning to Lagos three days later to take on Lesotho.

The team last played in Lagos ten years ago, and in that period, they have played their home games in Benin City, Asaba, Port Harcourt and Uyo.

International Spectators To Be Denied Access To Japan For Olympic Games 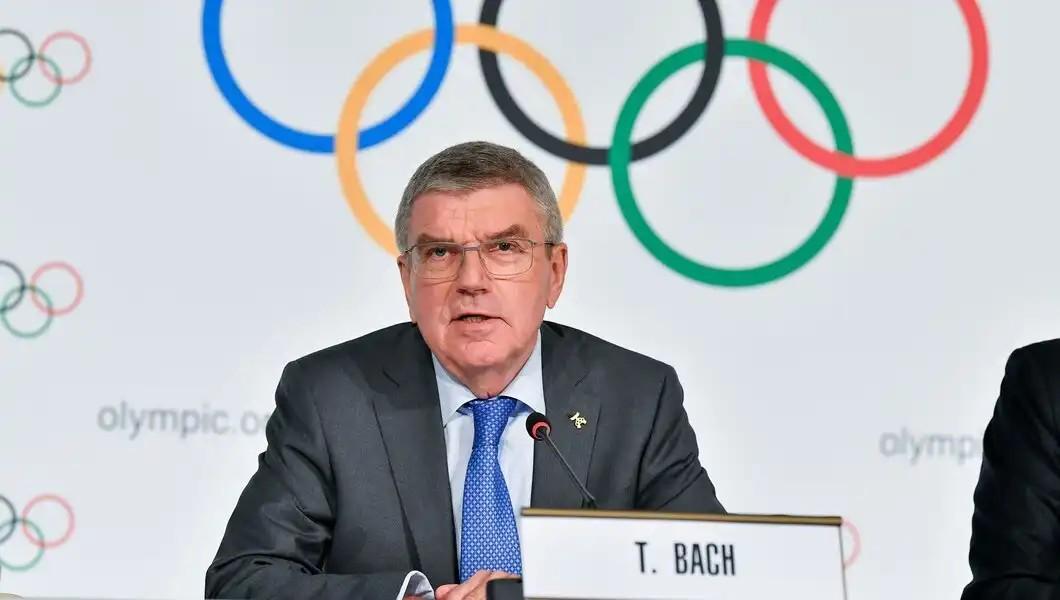 Organizers say international spectators will be denied entry into Japan for the upcoming Summer Olympics in Tokyo, amid public health concerns relating to the spread of Covid-19.

As a result, some 600,000 Olympic Games tickets bought by spectators abroad will now be refunded, alongside the 300,000 purchased for the Paralympic Games, according to chief executive of the Tokyo 2020 organising committee, Toshiro Muto. 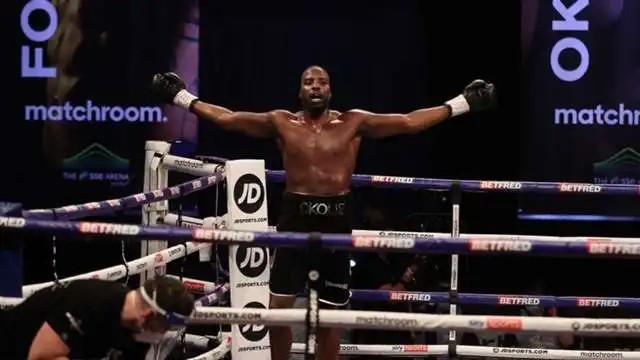 Anglo-Nigerian Cruiserweight Lawrence Okolie devastated Krzysztof Glowacki with a hammer of a right hand as he preserved his unbeaten record to emerge WBO Cruiserweight champion at Wembley’s SSE Arena.

Okolie, 28, follows the footsteps of some of Britain’s most renowned boxers; Tony Bellew, David Haye and Johnny Nelson, who previously held world crowns in the 200lb category, and promoter Eddie Hearn has made public his intentions to sanction a deal for a unification bout.

Okolie was born in Hackney, London to Nigerian parents. Aged 17, he took up boxing in a bid to lose weight, but victory at the 2014 and 2015 English University National Championships proved it was more than just a hobby, as he was included in Team Great Britain’s boxing team for the Rio 2016 Olympic Games. 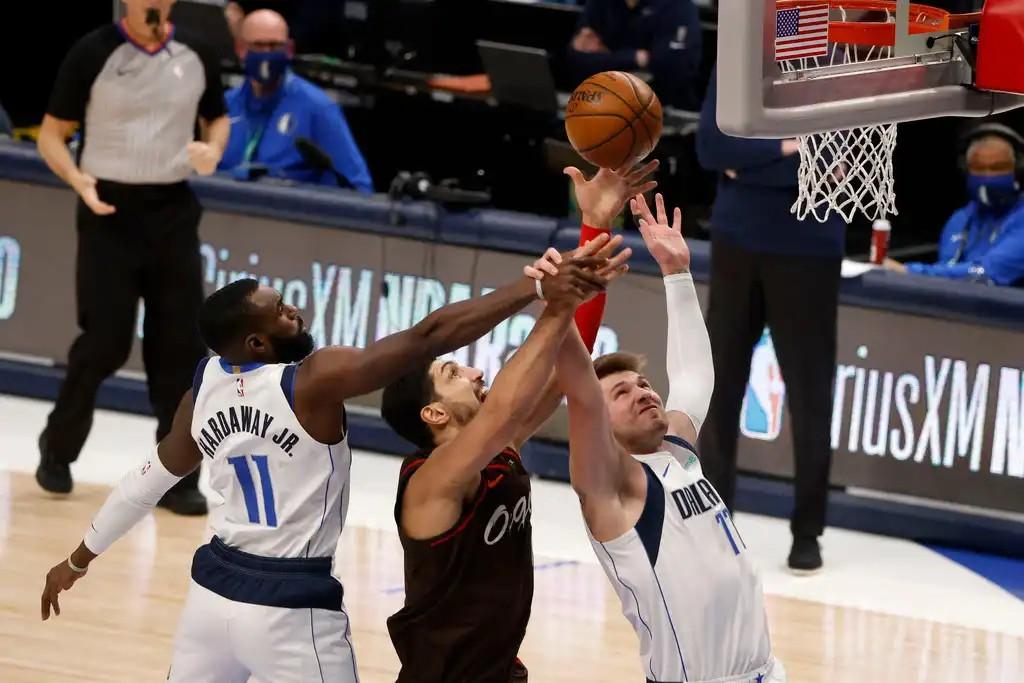 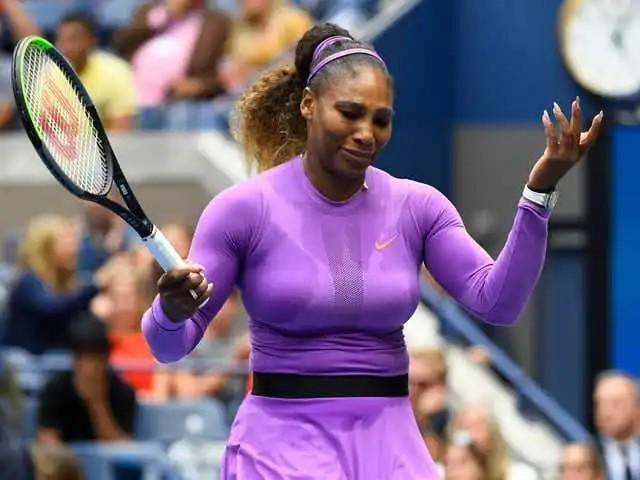 Record Miami Open winner (8) Serena Williams will be joined on the sidelines by other high profile absentees, including Novak Djokovic, Rafa Nadal, Roger Federer and Dominic Thiem as the tournament gets underway on Monday.

Williams, who fell to eventual champion Naomi Osaka in the semi-finals of the Australian Open last month, said in a statement: “Miami is a special tournament for me because it’s my home.

“I am sad I won’t be able to see the incredible fans this year, but I look forward to coming back soon.”

On to the Euro 2020 knockout phase