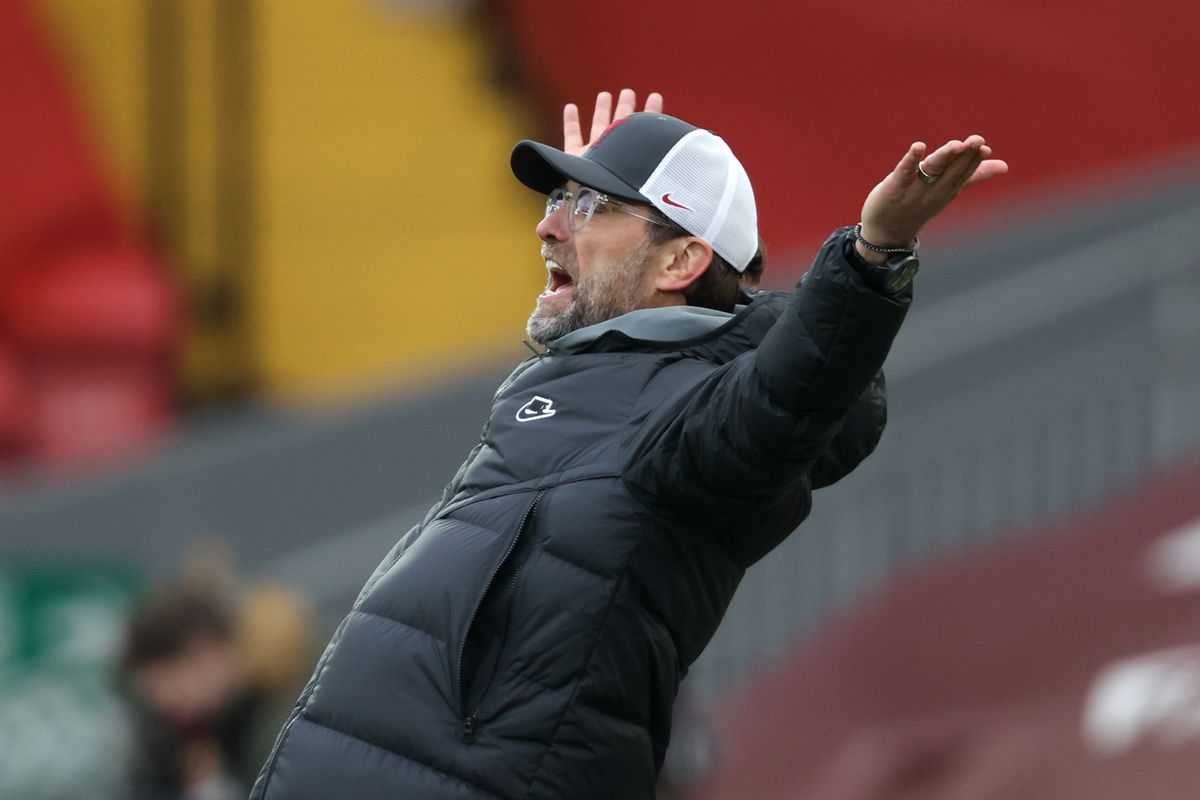 Low To Step Down From Germany Role: #KLOPPOUT For Real Now?

Germany’s football governing body, DFB, have confirmed that manager Joachim Low “will step down as national team coach,” 15 years after his appointment in 2006, after this summer’s delayed Euro 2020 tournament is concluded.

The 61-year-old’s contract is due in June 2022, but Tuesday’s big confirmation means he will leave his post a year earlier, sparking waves of anxiety among Liverpool supporters who fear their German manager Jürgen Klopp, who has long been touted as Löw’s successor, will swap Anfield for his native Germany’s Die Mannschaft.

Given the circumstances at Liverpool right now, with the club experiencing one of the most dismal title defences in recent history, it’s easy to understand why these concerns are growing thick and fast.

Ronaldo In Contention To Start Against Porto Tonight

TURIN: Five-time Champions League winner, Cristiano Ronaldo is expected to be back in the starting XI for Juventus, who take on Portuguese champions FC Porto in the return leg of their last-16 tie in Turin on Tuesday night.

The Old Lady are aiming to overturn a 2-1 deficit suffered in the first leg, and their 36-year-old superstar forward, who was only a substitute in the weekend Serie A win over Lazio is expected to start after manager Andrea Pirlo said he was only being rested.

“Cristiano is fine. These are his matches. He’s fired up,” said Pirlo.

“He’s been able to rest and can’t wait.

“We know the pressure is on us, but we don’t hide. We have what it takes to go through, but we don’t underestimate our opponents. However, we are Juventus and have to think about qualifying.”

Juventus are aiming to end their long wait for Europe’s most coveted trophy after their run was cut short last season by current Ligue 1 leaders, Lyon.

DORTMUND: Erling Braut Haaland is expected to be fit in time to be in the starting line up when Borussia Dortmund welcome Sevilla to the Signal Iduna Park for their Champions League last-16 second leg tie.

The Norwegian hitman was substituted 60 minutes into Saturday’s 4-2 De Klassiker loss to Bayern Munich after suffering a knock, having bagged the game’s first two goals.

He also scored twice in the first leg of this Champions League fixture away at the Ramon Sanchez-Pizjuan as Dortmund ran out 3-2 winners.

“Erling looks unaffected by it and we expect him to be there,” interim boss Edin Terzic said.

The German outfit will however be without England International Jadon Sancho who is facing a lengthy time out on the treatment table, with American youngster, Giovanni Reyna and Portuguese left-back, Raphael Guerreiro also doubts for Tuesday’s clash, while Sevilla on the hand, will count on the services of goalkeeper Bono and sort after defender Jules Kounde, who are both back after recovering from injury.

New 36-team Champions League Format Could Be On The Cards

Plans are underway for a reformed Champions League format billed to accommodate four more teams, as from 2024.

Should an agreement be reached as expected in the next couple of weeks, the idea for a 36-team format, which has been credited to Ajax Chief Executive Edwin van der Sar would almost certainly end further talk of a European Super League.

The new format would see teams play 10 matches against opponents of varying strengths, decided based on each club’s UEFA ranking, rather than the traditional eight groups of four playing six games each. Results from these matches would therefore form an overall table which, along with some two-legged play-offs, would determine who qualifies for the knockout rounds.

UEFA has suspended Romanian football referee Sebastian Coltescu till the end of the current campaign after he was found wanting for “inappropriate behaviour during a UEFA match” between Turkish club Basaksehir and French champions Paris Saint-Germain in December.

I Am Not A Fan of Lloris- Liverpool Legend Souness.

European football’s governing body said via a statement on Monday that the referee has now been ordered to “attend an educational programme before 30 June 2021”.

UEFA started investigating in February after Basaksehir accused Coltescu for using a racial slur to identify their assistant coach Pierre Webo during a Champions League group stage match against PSG.

Former Cameroon international Webo, was visibly upset during the game and thereafter revealed that Coltescu had disrespected him by addressing him as “the Black one”.

Senegalese Striker Demba Ba led a player protest that saw players of both teams walk away from the game, barely midway through the first half.

Kai Havertz played a pivotal role in his first start since January as Chelsea beat Everton 2-0, to make it 11 games unbeaten in all competitions since Thomas Tuchel’s appointment as manager.

Havertz’s shot was deflected in by Ben Godfrey for the opener, before winning a second half penalty converted by Jorginho.

The 21-year-old joined Chelsea from Bayer Leverkusen last summer but has struggled to make his mark felt in London, scoring just once thus far.

The Blues made history as their German manager became the first to see his side keep a clean sheet in each of his first five Premier League home games in charge.

Chelsea are now unbeaten in 26 Premier League home games against the Toffees.

The result also meant David Moyes has led his side to three consecutive home victories in the Premier League for the first time since his Everton side won their last six games of the season in 2013.

A 54th minute goal by defender Milan Skriniar ensured Inter Milan continued their push for a first scudetto since 2010, as they ran out 1-0 winners over Atalanta on Monday night.

Antonio Conte’s side, whose lead was cut to three points following AC Milan’s win at Verona earlier Sunday, are now six points clear at the top of the standings having extended their winning streak to seven league games.

Brazilian Legend Set to Marry for the Third time.

He is the Strongest Striker in Our Midst- Former Napoli Striker Hails Osimhen.