Champions League Action and Reaction: Liverpool Outclassed And Outthought In Madrid as City Leave It Late Against Dortmund

Catch up on all the action attraction from both centers of Tuesday night’s action – from the Spanish capital city of Madrid, to the city of Manchester in England. 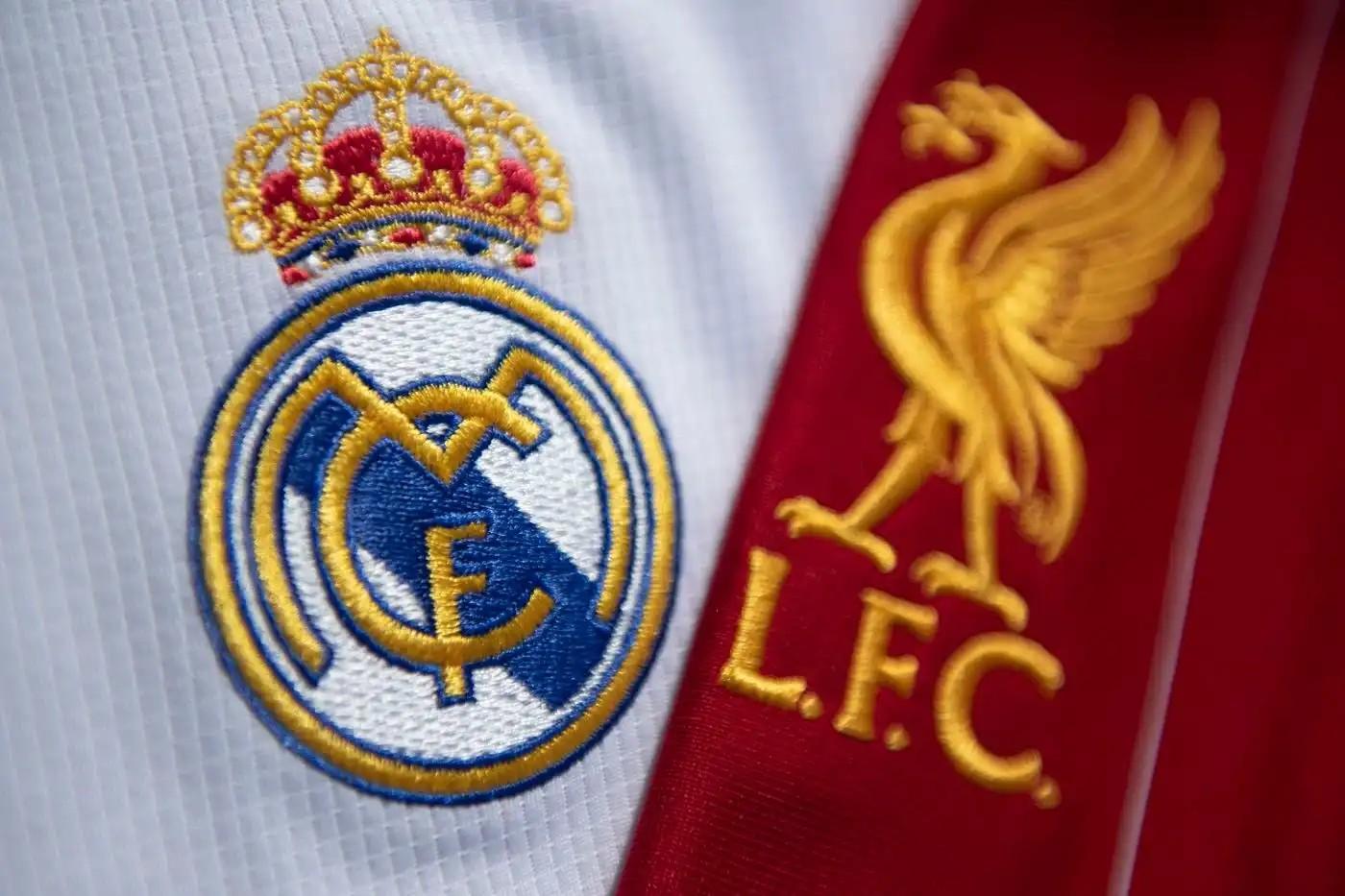 Liverpool showed more attacking intent at the start of the second half with Mohamed Salah pulling one back to instill some belief for the visitors.

The next twenty minutes saw the Reds enjoy their best attacking spell of the game as they pushed for an equalizer, but up stepped Vinicius again with the third. 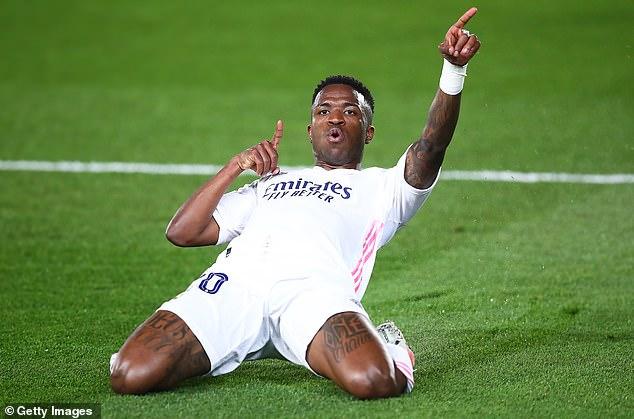 The Brazilian redirected Luka Modric’s pass in front of the Reds’ box which beat Alisson Becker at his near-post to restore Real’s two-goal cushion and tame Liverpool’s momentum.

As much as Jurgen Klopp might believe his side have still got a chance in the return leg at Anfield on April 14th, he would also know it’s a huge mountain to climb, especially without the usual intimidation of Liverpool’s 12th man, the fans.

“If you want to go to the semi-final, you have to earn the right to do so.

“We didn’t do that tonight, especially in the first half.

“We just didn’t play good enough football to cause Real Madrid more problems. We made it too easy for them.

“The only good thing I can say, apart from the goal, is it’s only the first half of the tie. We didn’t deserve a lot more but that one goal and the second half was OK. It gives us a lifeline.”

Over at the Etihad Stadium, Manchester City left it late to beat Borussia Dortmund 2-1 in a highly entertaining game. 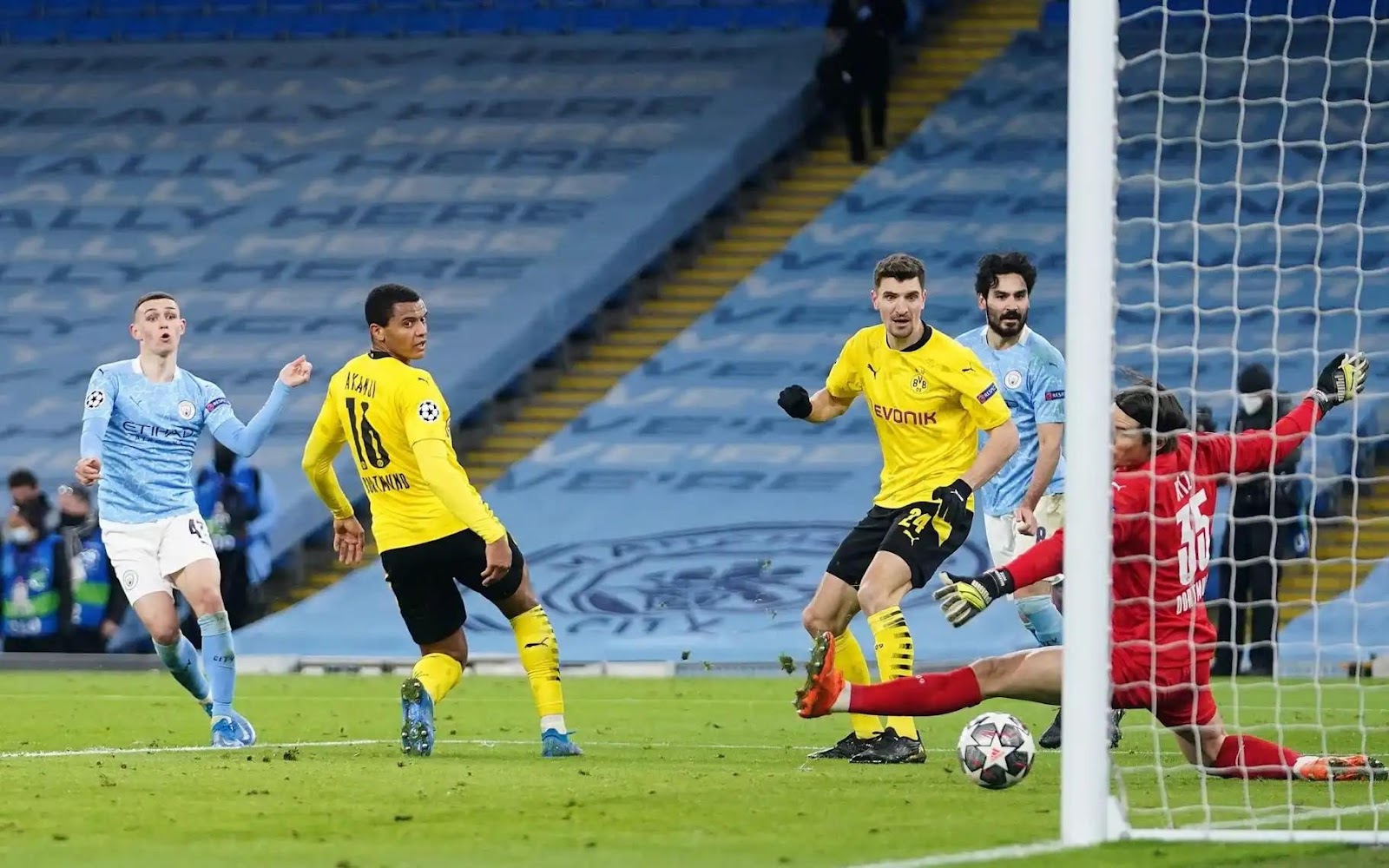 English youngster Phil Foden scored a stoppage-time winner to save City’s blushes after Marco Reus had combined superbly with Erling Braut Haaland in the 84th minute to cancel out Kevin De Bruyne’s first half opener.

Ahead of next week’s return leg in Germany, Dortmund left the Etihad feeling aggrieved after center referee Ovidiu Hategan controversially denied them an equalizer when penalizing what later proved on replay to be a legitimate goal by English teenager Jude Bellingham with the score at 1-0.

The former Birmingham City starlet thought he had drawn the game level when he reacted quickest to a through ball to poke into an empty net, but after it appeared he was kicked by the onrushing City goalkeeper Ederson, the goal was ruled after the Romanian referee blew for a foul against the Bundesliga side and refused to consult VAR.

After the fulltime whistle had gone, one of the assistant referees, Octavian Sovre, followed Haaland down the tunnel and got the 20-year old to sign him an autograph, but Manchester City boss Pep Guardiola – linked with a move for Haaland – seemed unfazed. 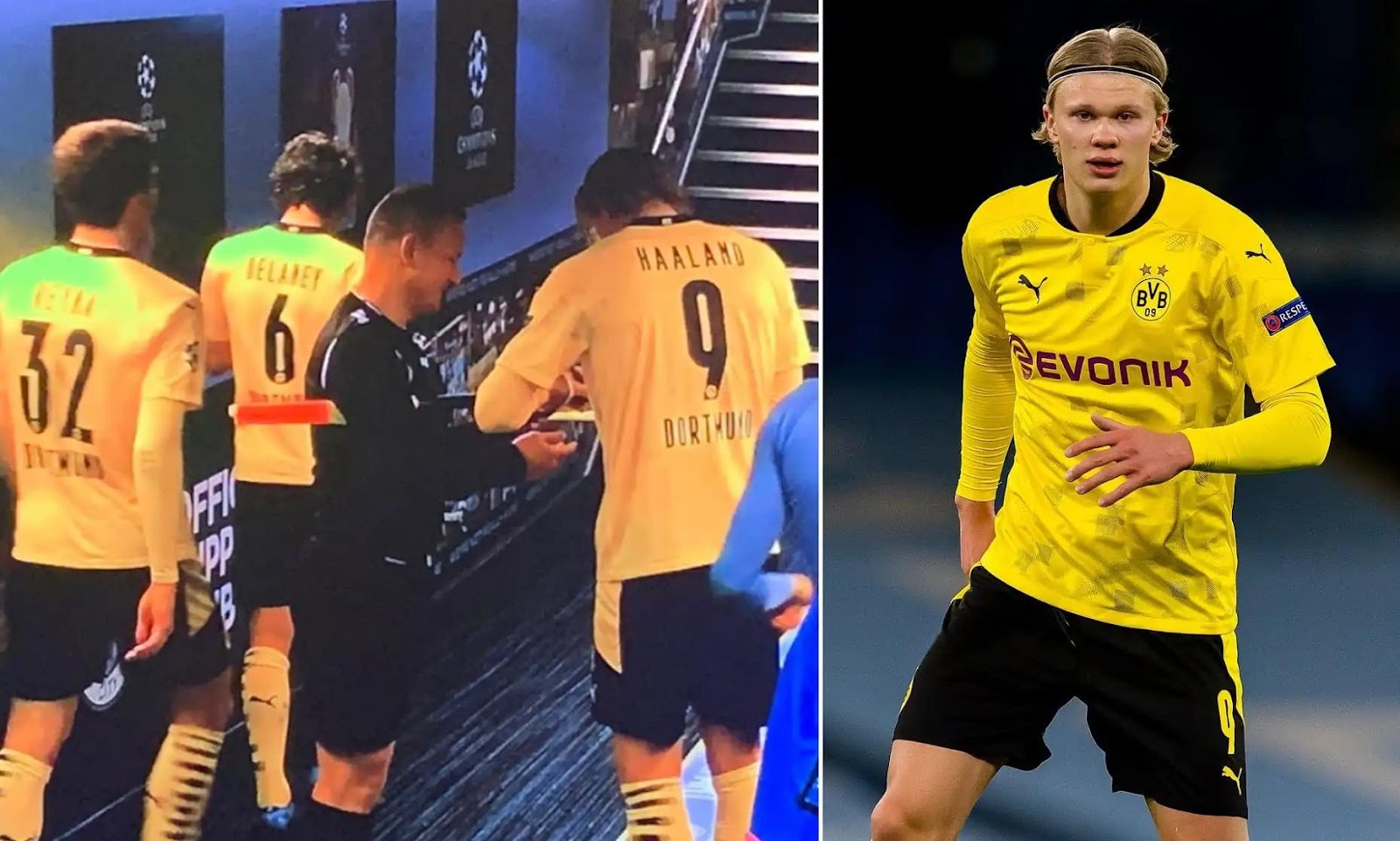 “Maybe he’s a fan of Haaland.

“Maybe it was for his son or daughter.

“I’ve never seen it before, but the referee and the linesman were correct, they did a good job. That’s all.”

It was a brilliant result for Pep Guardiola’s side as they seized the advantage in this tie, but for Dortmund, especially having scored an away goal, this tie looks far from done and you would expect them to carry this anger into next week’s return leg at the Signal Iduna Park. Should make for a great game.

All times are set in West-Central African standard 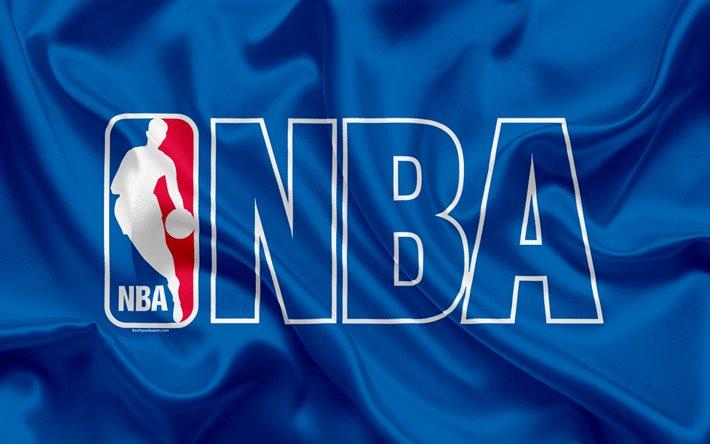 Eight-month Pregnant? No Problems At All!

Aminat’s aggression and agility looked almost unbelievable for spectators inside the taekwondo hall as she, alongside male teammate Arowora Roqeeb, won gold in the mixed poomsae category to deliver Team Lagos’ first gold medal on Tuesday.

She has now shot to the top of the individual medals chart after also winning silver in the female category of the team poomsae event, as well as an individual bronze in the same category.

Dare advised Nigerian youths to be good ambassadors of the country while embracing peace and exploring better life through their acquired skills.