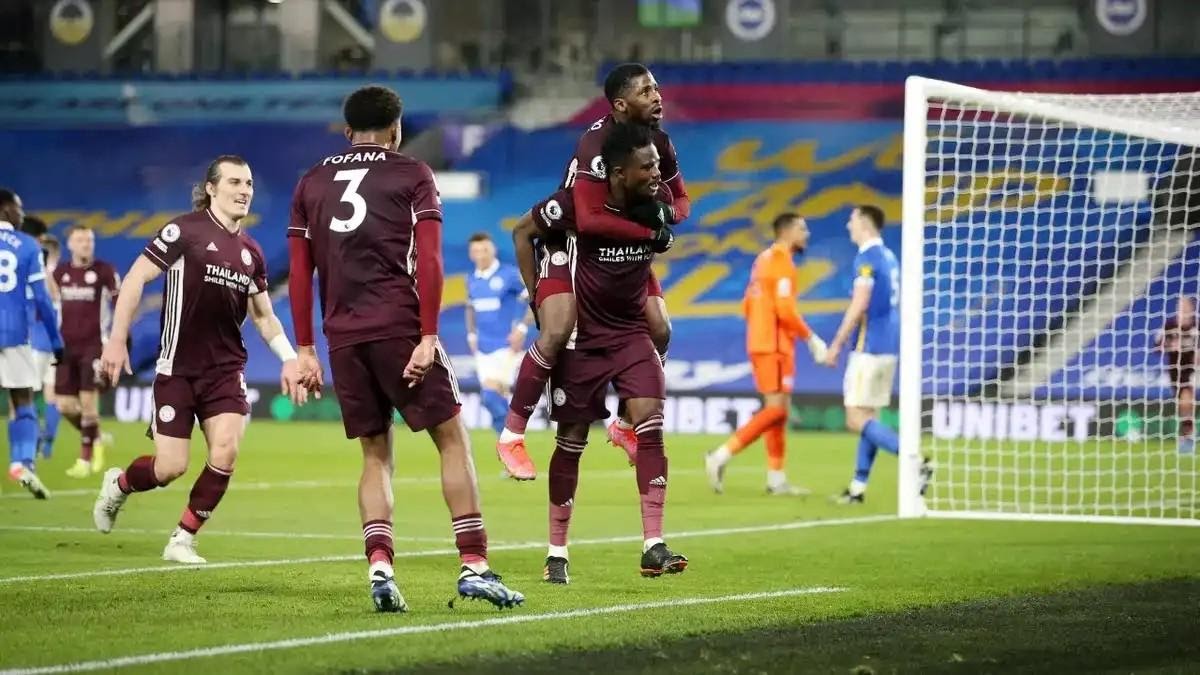 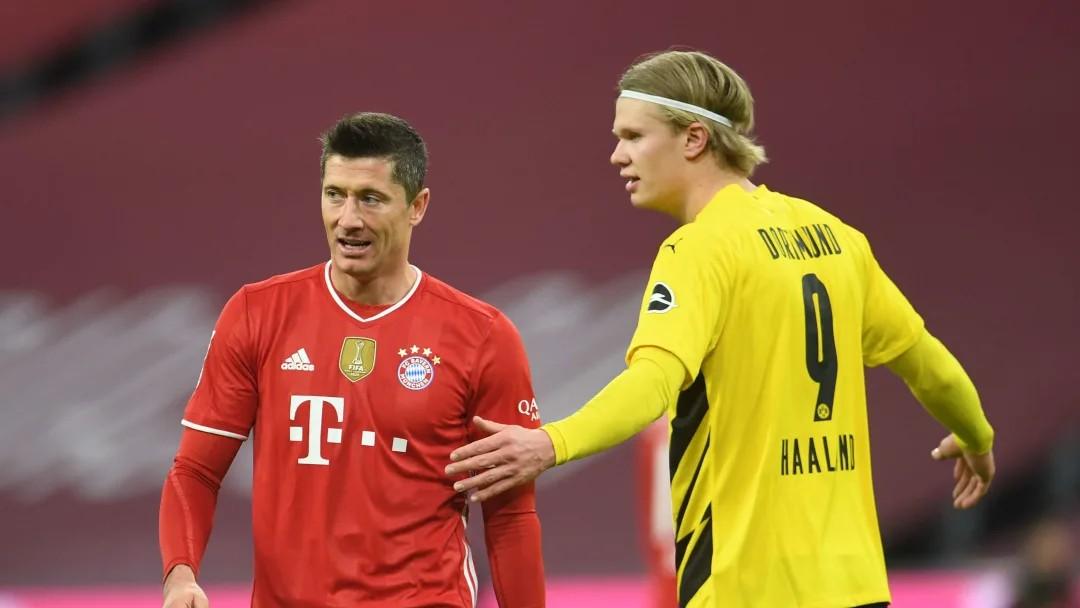 Haaland scored two quick goals inside the opening ten minutes to put Dortmund in the driver’s seat before Lewandowski responded for the home side with two goals before half-time; first latching on to Leroy Sane’s cross, before calmly slotting away a 44th minute penalty after Mahmoud Dahoud was penalized for fouling Kingsley Coman.

With only two minutes of regular time to play, Leon Goretzka applied a strong finish to put Bayern 3-2 ahead in what seemed like the winner, but there was still time for Lewandowski to complete his hat-trick.

The multiple title-holders sealed a return to the top of the standings, having fallen behind by a point to RB Leipzig who temporarily occupied top spot with victory at Freiburg earlier on Saturday.

Dortmund, on the other hand, drop four points outside the Champions League places in sixth position. 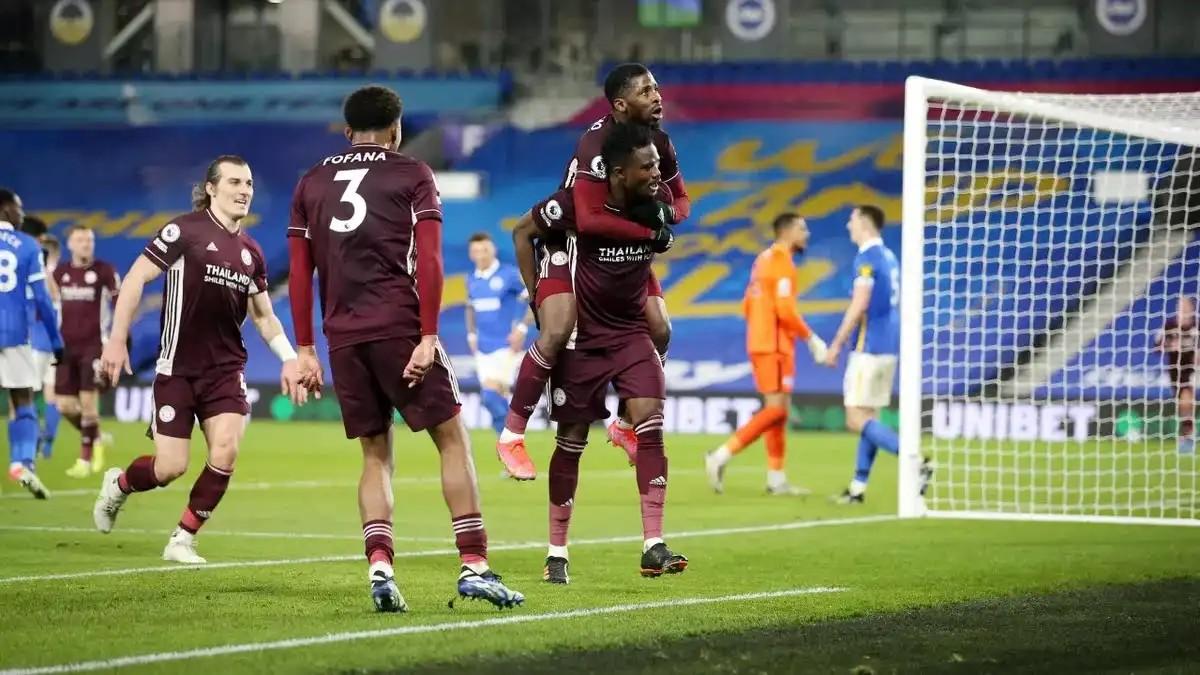 It was three points made in West Africa for Leicester City as Ghana International defender, Daniel Amartey, scored an 87th minute winner for the Foxes who staged a successful comeback to defeat Brighton at the Amex.

The game’s first goal scored in the 10th minute ended a 503-day goal drought for former Liverpool man Lallana who finally opened his Brighton account, but couldn’t prevent a loss as the Graham Potter led side stayed put in 16th place, just three points above the relegation zone.

Leicester meanwhile, moved above Manchester United into second place, extending their unbeaten run on the road to 10 league games.

Earlier on Saturday, Arsenal drew 1-1 at Burnley after an error by Granit Xhaka allowed Chris Wood to draw level for the home side, having fallen behind to Pierre-Emerick Aubameyang’s early opener.

A goalless draw frustrated Villa’s European ambitions as they slip to ninth on the standings, while Wolves stay 12th.

IBROX: Goals from Ryan Kent, Alfredo Morelos and Ianis Hagi ensured a resounding 3-0 victory over St. Mirren for Rangers who extended their 100% home record in an unbeaten league campaign.

With the club’s rise from languishing in the lower leagues of Scottish football, to becoming top-flight champions again on the brink of completion, Rangers fans broke Covid-19 lockdown rules by coming out in their numbers to celebrate outside Ibrox before kick-off on Saturday. 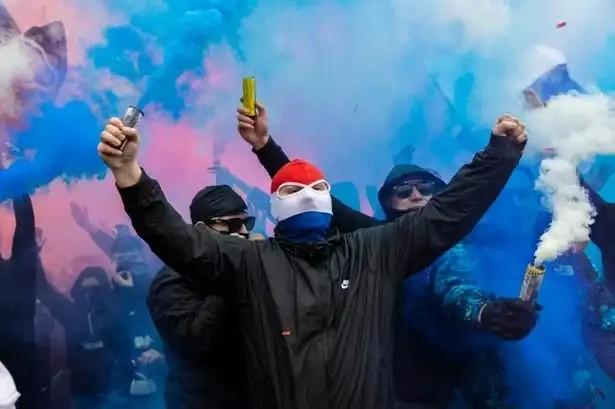 The Gers will be crowned champions for the first time since 2011 if Celtic drop points in their Sunday fixture at Dundee United and Manager Steven Gerrard says the club have “been to hell and back over the past 10 years.”

“I’m lost for words in how I describe my team,” Gerrard told Rangers TV.

“I don’t think while I’m representing this club there will ever be a bigger three points.

“I’ve only been part of it for three [years], but I can certainly relate and I’ve got that feeling and that affection with the fans and I know what they have been through.”

Rangers returned to the top flight five years ago after falling to the bottom tier of Scottish football as a result of the club going into administration in 2012. 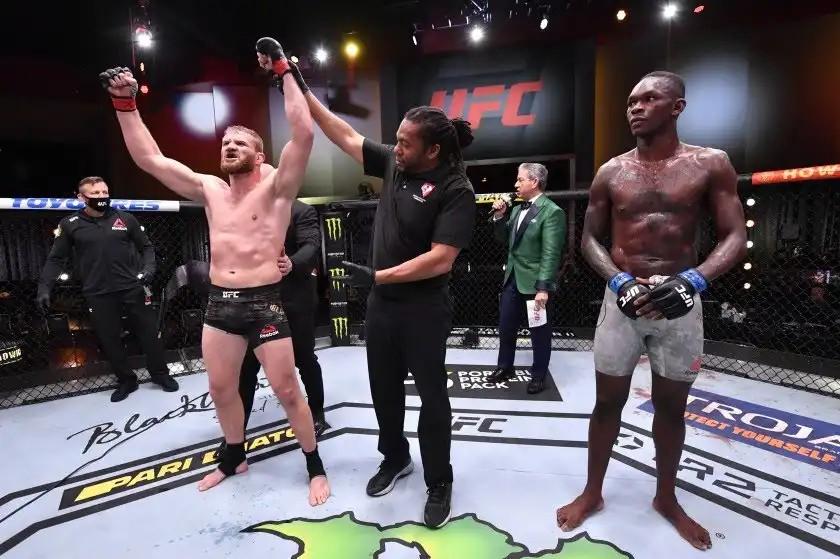 Adesanya, 31, started the first three rounds looking more dominant, with his shots coming in faster and sharper than Blachowicz’s, but the Pole tweaked his approach in rounds four and five to focus more on wrestling, which proved decisive as he took the Nigerian to the canvas in each of those rounds to win by unanimous decision.

“It was a tough fight, it was a close fight,” Blachowicz said. “I’m happy I can be the first to beat him. He’s one of the best in the world. I had to defend the division and I did it.”

Amanda Nunes (21-4) defended her featherweight crown in the other co-main event with victory over Megan Anderson (11-5). Aljamain Sterling (20-3) also won the bantamweight title after Petr Yan (15-2) was disqualified.