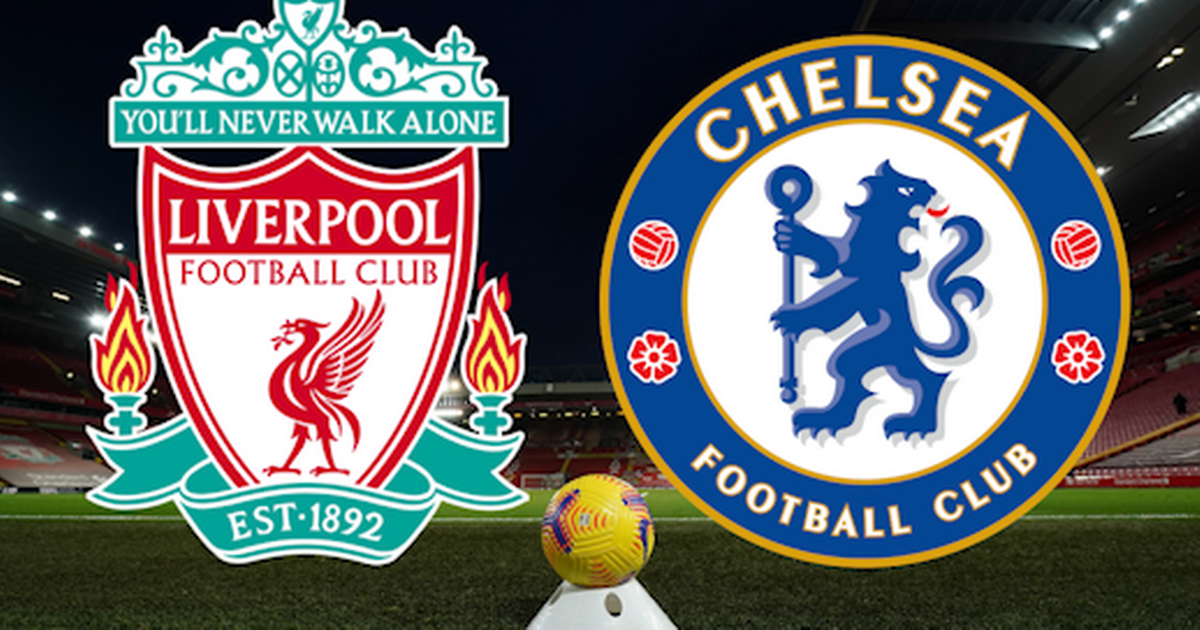 Liverpool sit a place and a point behind Chelsea, and with West Ham not involved in mid-week action, victory for either side would lift them into one of the Champions League spots.

• Liverpool’s Brazilian goalkeeper Alisson Becker will be available for selection after his father’s death last week made him decide against playing in Sunday’s win at Sheffield United.

• Fabinho, another Brazilian, makes his return from injury, while Portuguese forward Diogo Jota, who missed out on Sunday’s game with illness, is set to feature for the first time in three months after recovering from a knee injury he picked up at FC Mitdjylland in a Champions League group stage game.

• Jurgen Klopp will have to decide whether or not to keep the inexperienced centre-back pairing of Ozan Kabak and Nat Phillips, after keeping a clean sheet last time out, in what was Klopp’s 17th different center back pairing of the season.

• Chelsea on the other hand, will be without the experience of Brazilian defender Thiago Silva, with the 36-year-old yet to completely shake off a thigh issue.

• The impressive Callum Hudson-Odoi is in good shape and raring to go, after shaking off minor knee niggle.

Liverpool have failed to win in their last seven games at Anfield, scoring an almost unbelievable once in the last five, having found the back of the net in each of their last 42 outings leading to that.

With a number of big games ending 0-0 this season, this game doesn’t seem different, especially for a Chelsea side who have looked increasingly solid at the back under Tuchel, with Antonio Rüdiger, Andreas Christensen and Cesar Azpilicueta building an understanding.

I however don’t perceive a goalless score line in this one. Sadio Mane and Mohamed Salah enjoy scoring against Chelsea, but the Blues will find their way as well, with Liverpool’s defensive frailties coming to hunt them.

This one looks destined for a low scoring draw.

The Super Eagles striker stepped up in the absence of a number of injured team-mates, including Harvey Barnes and the influential midfielder James Maddison, to earn Brendan Rodgers’ side a vital draw having fallen behind to a Matej Vydra goal.

Selhurst Park: Second placed Manchester United recorded their third draw in a row after they were held by Crystal Palace on Wednesday night.

The Red Devils are now 14 points behind leaders Manchester City, ahead of their meeting on Sunday.

This was United’s sixth goalless score line in the Premier League this season, their joint in a campaign, along with 2004-05 and 2016-17.

The Blades were made to work extra hard after referee Robert Jones reversed an initial yellow card decision to send off veteran defender Phil Jagielka with more than 30 minutes to play, after a VAR review proved his foul on Anwar El Ghazi to be illegitimate.

Despite the result, Chris Wilder’s side still look destined for the drop, sitting bottom with 12 points from safety, with only 11 games to go this season.

Camp Nou: Martin Braithwait bagged an extra time winner as Barcelona followed up their weekend victory over Sevilla by knocking the same opponent out of the Copa del Rey, scoring three without reply to win 3-2 on aggregate, in a frantic night of mid-week action.

The Catalans will now face either Athletic Bilbao or Levante in the final, with their semifinal first leg tie ending 1-1 in Bilbao.

San Siro: AC Milan’s title surge suffered yet another blow last night, but it could have been worse.

Ivory Coast International Franck Kessie rescued a point for the Rossoneri with a 97th-minute penalty to deny Udinese – who had taken the lead through Rodrigo Becao – all three points on Wednesday night.

Table toppers Inter Milan will have a chance to open a 6-point advantage over their city rivals on Thursday night if they win at struggling Parma (20:45 GMT+1).

Antonio Conte’s men will take on reigning champions Juventus – who are seven points behind them on the standings – on May 16th, in a game that will likely decide where the Scudetto is headed this season.

• AC Milan director Frederic Massara says the club have not made up their mind on whether or not to activate on loan Chelsea defender Fikayo Tomori’s release cause, with Milan Chiefs adamant that the 23-year-old’s £26m price tag is too high. (Express)

• Ex Manchester United player Ashley Young, 35, hopes to lift the Serie A title with Inter Milan before making a return to first club Watford next season.

• Erling Braut Haaland has dealt Chelsea’s ambitions of securing his signature a blow after saying there are only six clubs he would consider joining, with Liverpool, Manchester United and Manchester City the only sides from the Premier League. (Bild, via Sun)

• Arsenal are preparing for life without Spanish right-back Hector Bellerin – who is a target for Paris Saint-Germain – with reports suggesting they are considering Brighton’s former Chelsea defender Tariq Lamptey, and Norwich City’s Max Aarons. (Sun)

• Manchester United have called the attention of Inter Milan to an alleged missed payment relating to bonuses from Romelu Lukaku’s move to Italy, but would be willing to wipe out all outstanding debt if 23-year-old  Argentinian striker Lautaro Martinez, or 26-year-old Slovakian defender Milan Skriniar are allowed to join United. (Corriere dello Sport)

• Scottish Premiership leaders Rangers are growing increasingly worried about Jürgen Klopp’s possible departure from Liverpool, with their manager Steven Gerrard tipped to make a return to his boyhood club to succeed the German at Anfield. (Football Insider)

• Aston Villa are planning an upgrade on Villa Park to ensure the stadium is considered for the UK and Republic of Ireland’s World Cup 2030 bid. (Express & Star)

Chelsea hold the advantage over Atletico Madrid, despite Sophie Ingle collecting an early red card and goalkeeper Ann-Katrin Berger having to save two penalties, as the blues claimed victory in the first-leg of their Champions League round of 16 tie.

Next Wednesday’s return leg will be played in Monza, Italy because of travel restrictions for entry to Spain caused by Covid-19.

England’s Football Association has confirmed that the season’s postponed Women’s FA Cup is set to resume on March 31st.

The competition was postponed in January after the government declared a third national lockdown due to covid-19.

There is one first round tie yet to be played with 17 second-round ties scheduled for the 4th of April.

Draws for the 3rd and 4th rounds have been made in time to help clubs plan for the weekends of 11 and 18 April respectively beforehand.

With the final originally scheduled for Saturday, 22 May, new dates for the 5th round, quarter-finals, semi-finals and the final showpiece are yet to be confirmed.

Tyson Fury’s promoter Bob Arum says his client and Anthony Joshua have finally agreed to the highly anticipated all-British world title unification bout which could see all of the WBC, IBF, WBO and WBA titles contested for the first time.

When asked if the fight was on, the American promoter told iFL TV: “Yeah, as far as I am concerned, that’s what each side has said.

“Now, we are scrambling around to get the thing signed and everything, but I can say clearly, based on my view on everything, that there are no more issues.”

No official date or venue has been confirmed, and Arum’s update comes just a week after Fury himself said the fight was not close, blaming the pandemic and logistics for the delay.

With all teams restricted in the level of development improvement permitted for their cars for the new season, Haas are making the fewest changes to last year’s VF-21 car as they focus more on making big steps when F1’s rules are eventually overhauled for the 2022 season.

The American-owned team who joined F1 five years ago finished ninth in each of the past two seasons, and last year they scored just three points to mark their lowest points tally so far.

The experienced pair of Romain Grosjean and Kevin Magnussen have now been dropped to give room for the more youthful pair of Schumacher and Mazepin, both F2 graduates, as team Haas look to change their fortunes for the future.

“It’s an exciting time for the team with Uralkali coming onboard and having Nikita Mazepin and Mick Schumacher driving for us,” said team owner Gene Haas.

Impact of Smoking on Pregnant Women

Chelsea Holds Liverpool to a Draw at Anfield.

Reece James and Chiwell are Back to Training for Chelsea.