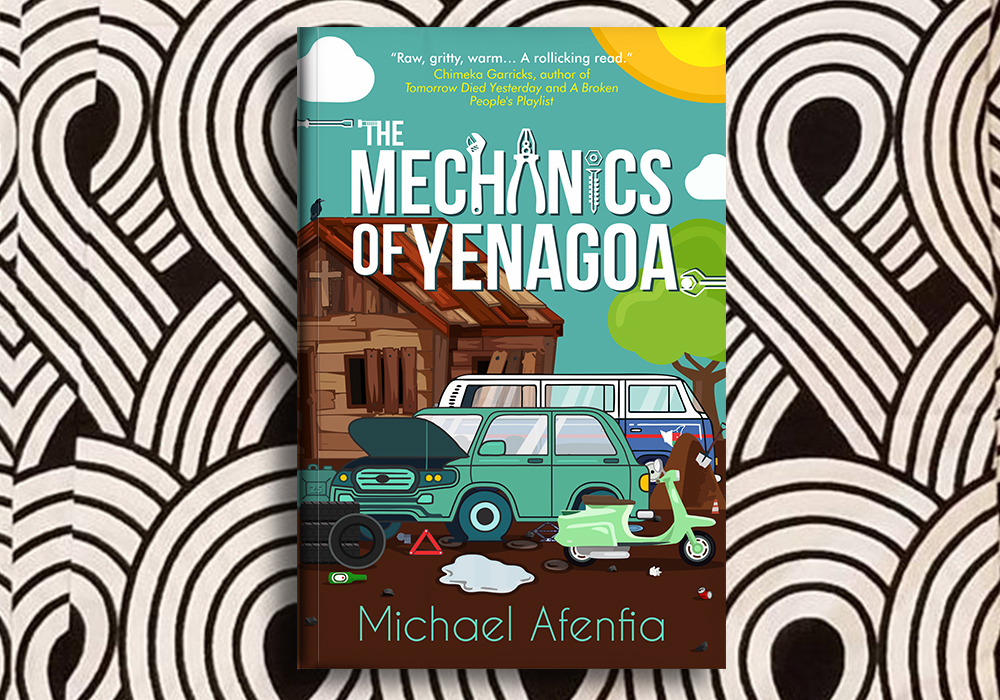 Nathalie here. Welcome to another month of the FC Book Club with me Nathalie Wemambu and my trusty Collaborator, the literary podcaster Oluwatosin Boye. We hope that you had a great time reading our first review and the book Purple Hibiscus.

Today, we will be reviewing a novel that I had to buy and read as it was chosen by Oluwatosin. It was such a captivating read and I really would recommend it to all who love tales that are not idealist.

Mechanics of Yenegoa tells the story of Ebinimi a young man in his thirties who runs a mechanic shop in Kalakala Street in Yenegoa while also running his masters program. Ebinimi has a hapless knack for getting into trouble, some of the troubles are self inflicted like his love entanglement with his girlfriend and other women while others are caused by his sister.

Once, he used a customer’s car for joyriding with his other girlfriend which led to his near death because of mistaken identity , this incident set up a chain of series of events that later changed his life; such as assassins, relationship with politicians and other troubles. He employs the service of three other mechanics one of them being the comic relief in the story as he enjoys mimicking the songs of popular Nigerian musicians in a “melodious” way while working.

There is also the money loving preacher called Reverend Ebizimor who brainwashed his older sister in order to stay in the house without paying rent. He collects money and records his sex escapades with church women, he knows everyone’s secrets in the church which he uses to cause rift among church members; which mirrors many small churches in Nigeria and their ordeals

Micheal Afenfia is careful to describe the kind of relationship Nigerian politicians have with average citizens; with the relationship Ebinimi had with commissioner. Most politicians are only interested in winning elections, moving to Abuja and enjoying the national cake without having the interest of the people at heart. Ebinimi  fell into the category of someone the commissioner could use to achieve his aim which was done successfully. When this aim was achieved, ‘the instrument’ was dumped until the next time he is needed.

Ebinimi bit more than he could chew with the series of events he got entangled with, he thought he was smart enough to outsmart anyone especially his friend whom he set up in revenge of what he did to his sister. Just when he was about to have peace from his may troubles, he was realized that there are people close to him that are smarter than he is.

The author wove a story with many hilarious moments and how well he represented the city of Yenagoa. Major themes include corruption, power, infidelity, poverty, hypocrisy, family and deceit.

This is fast paced plot with a surprising twist and a very captivating and hilarious Ebinimi’s story is about him but a lot more than him; it shows the dynamics between the working class as they take a tour of the beautiful city of Yenegoa, one of Nigeria’s lesser known cities. It is a modern tale of small lives navigating a big city.

It is important to note that Mechanics of Yenegoa was a weekly blog series that captivated people and then was turned into a novel. Micheal Afenfia is also the author of When the Moon Caught Fire, A street called A and Don’t Die on Wednesday.