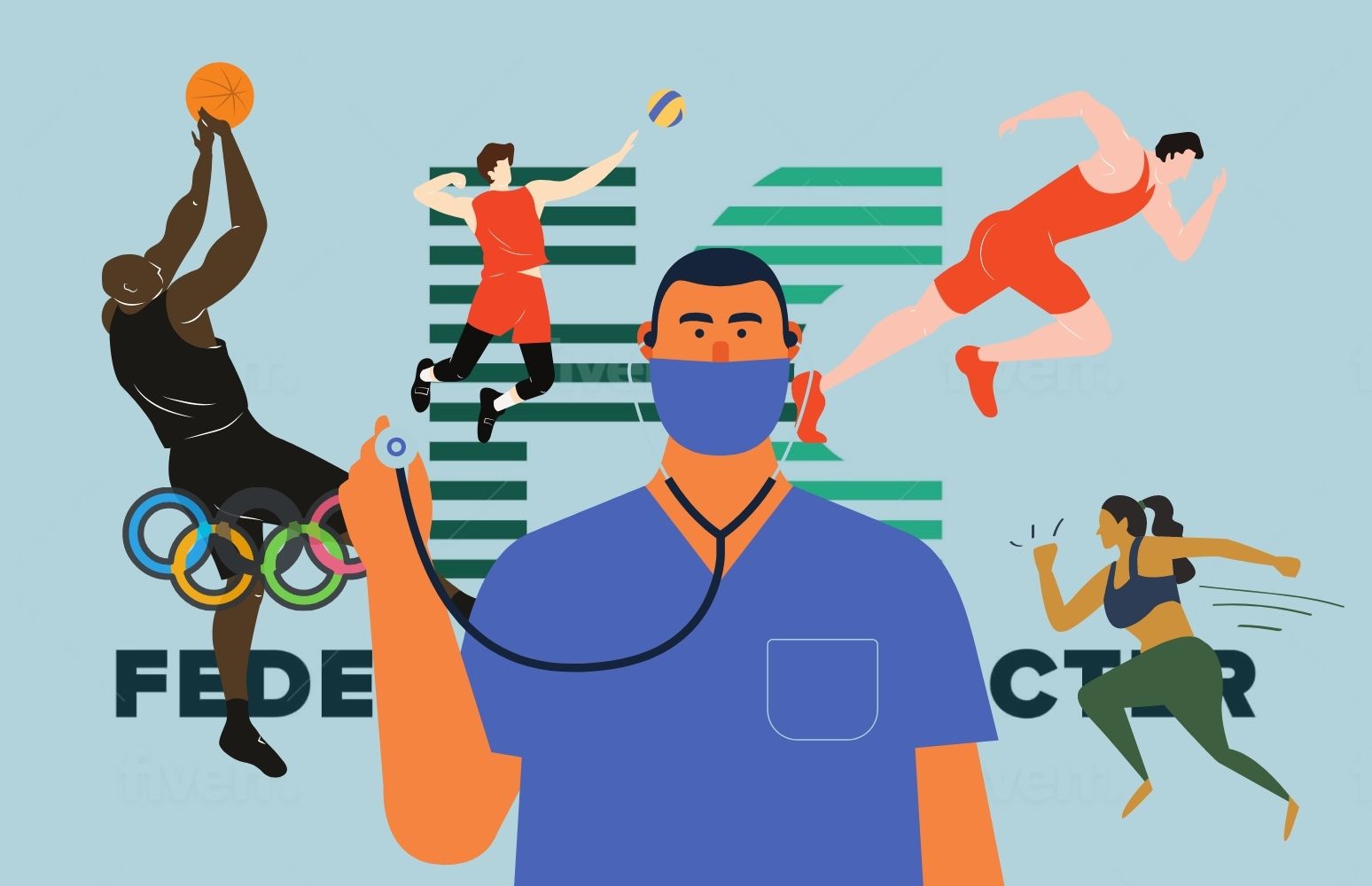 How are Athletes, Fans and Stakeholders Adapting to Life During the Pandemic?

We are currently in the middle of a second wave of the Covid-19 pandemic and global economies have struggled to avoid the ripple effects caused by the overwhelming spread of the virus. One of such economies is the sports industry, whose value has declined at a rate of -15.4%, from $458.8 billion in 2019 to $388.3 billion in 2020, mainly due to Government regulations like lockdown and new social distancing norms, in an attempt to contain the spread of the virus. These regulations have rendered stadiums and arenas inaccessible to anybody else asides the athletes, their coaches and a few officials. The Soccer calendar is probably the worst hit by the pandemic – with all the major leagues playing at least twice every week in order to finish the season in time for other competitions to carry on. Yet some clubs have reportedly asked their players to take pay cuts. And with fans still unable to attend games, these clubs are losing a significant amount in match day revenue.

Only in countries like Belarus, Hong Kong and Turkmenistan have professional sports been uninterrupted so far. In an attempt to curb the spread of the virus elsewhere however, many international sporting events have either been postponed, cancelled completely or played behind closed doors.

All Olympic qualification events happening on or before the end of April 2020 were cancelled. Japan’s Prime Minister Shinzo Abe, along with the International Olympic Committee have come to terms that the Tokyo 2020 Olympics has to be rescheduled to a new date “beyond 2020 but not later than summer 2021”. The Event will now hold from July 23 through August 8, 2021.

The N.B.A season was called off shortly after a game on March 11 between the Utah Jazz and the Oklahoma City Thunder was interrupted shortly before tip-off, following a player from the Jazz testing positive for Covid-19.

In Nigeria, the 2020/21 top-flight season finally kicked off on December 27 after several months of postponement attributed to the League Management Company (LMC) trying to ensure adequate compliance with Government protocols on Covid-19. As things stand, the entire season might be played behind closed doors.

The Euro 2020 tournament has also been postponed until 2021. UEFA said that the 24-team tournament, which was due to be staged in 12 nations across the continent from June 12 to July 12 2020, would now take place from June 11 to July 11, 2021. Back in April, UEFA also postponed the Euro 2021 Women’s championship, and it will now be played in England from July 6 to July 31 in the same venues that were originally proposed to host the event.

FIFA Club World Cup organizers in Qatar instructed that fans attending the delayed tournament that kicked off on February 4 in Doha must undergo testing up to 72 hours before the game. Each of the 40,000 capacity Ahmad Bin Ali and Education City stadiums scheduled to host the matches will also only be 30 percent full.

“If it comes out negative they are allowed to receive their ticket.”

“Social distancing, mask wearing and use of Qatar’s contract tracing app and sanitizer will be mandatory,” he added.

There’s not much cheering news for international fans as it has now been confirmed that only local fans will be able to attend games due to Qatar’s virus mitigation measures. Fanfare will obviously be affected with public events of any sort also prohibited.

Over in the United States, Major League Soccer suspended its season for at least 30 days, beginning March 12, less than two weeks after matches began on Feb. 29 last year. The season is scheduled to run through October 4.

Wimbledon, the oldest tennis Grand Slam event, billed for June 29 to July 12 2020 did not hold. The tournament has only ever been cancelled during World War I and World War II. The French Open, scheduled for May was also postponed until September 20, 2020. Over at the Australian Open, positive tests were recorded on three of the chartered flights arriving host city Melbourne, in preparation for the tournament, with 72 players sent into quarantine.

There was a lot of speculation about what the tournament would look like when it finally got underway on February 8. Tournament Director Craig Tiley reiterated there would be no further delays, rejecting modifications of any sort, including a suggestion for male players to contest only three sets as opposed to the traditional five. In 2020, the International Tennis Federation (ITF) said 900 tournaments across all its circuits had been postponed and that it was furloughing half its staff.

On March 22, 2020, the Dubai World Cup, one of the world’s most lucrative horse races and a leading annual sporting event in the United Arab Emirates, originally billed for March 28 was postponed by a year.

The 146th running of the Kentucky Derby has been moved to September 5. It will be the first time the world-renowned horse race will not run on the first Saturday in May since 1945, when World War II forced a postponement.

Several sports personalities took to social media and other platforms to lend their voice while supporting people in need and urging fans to adhere to Governments’ control protocols.

Premier League players also came up with the #PlayersTogether initiative set up to generate funds for the National Health Service (NHS) and distribute them where they are needed most.

Organizers of the Premier League also set up an e-Premier League invitational tournament streamed live on their official YouTube channel. The tournament which was contested by celebrities and Premier League footballers was greeted by a lot of buzz and fanfare, with then-Wolverhampton Wanderers forward Diogo Jota emerging champion after defeating Liverpool defender Trent Alexander-Arnold in the final. While it lasted, it continued to urge fans to follow official advice by staying home and saving lives.

As I write this, some countries are actually still in lockdown and there’s a lot of emphasis around the globe being placed on staying healthy. At some point, sport was seemingly perceived as less significant with all the major headlines and stories on newspapers and blogs focusing on the pandemic, but you have to be alive to enjoy sports anyway, so this is the only way at the moment and you have to respect it.

Rashford And Saka Make the shortlist of January Player of the Month.

The Return of Sports Behind Closed Doors

In England, Brighton and Hove Albion hosted Chelsea in preseason, with 2,500 fans allowed inside the Amex stadium. It was the first time a football game had hosted spectators since the league was halted in March.

Initially, the plan was to allow clubs have around two to four thousand fans back in the grounds in parts of England, but a second wave has ensured that was short-lived.

There have been conflicting opinions about returning to professional sports in the middle of a pandemic. I am tempted to agree with Newcastle Manager Steve Bruce who has said he doesn’t think playing football during these times is right on moral grounds, but to be fair, football has been at the forefront of adherence worldwide. Players are under stringent pharmaceutical and non-pharmaceutical virus prevention procedures, with some even getting tested as often as twice weekly.

Games happening without spectators is a weird sight, especially in soccer where fans have built an admirable reputation for being “the 12th man”. They seem to have a knack for motivating their team by waving flags and chanting numerously from every corner of the stadium.

This means that the players are having to muster up the game’s intensity, and with stadia being unusually quiet during these strange times, that can sometimes be a tall order.

On the flip side though, as a fan of the game, it has been somewhat fun following some of these games with no spectators. The Premier League game involving table toppers Manchester City and champions Liverpool, was one of the most anticipated football matches of the year thus far. To be able to watch while hearing clearly every word of communication between the players, their managers and officials as play went on felt different. This isn’t the norm. It’s almost like a tailored performance just for you, the viewer isolating at home. Despite my team losing the game, it was still very enjoyable from this point of view. All of a sudden, the sport seems to have been brought back from the money spinning venture we’ve known for years, to its bare purpose. It just seems like they really are playing for the sake of playing.

What Does the Future Hold for Sports?

So many questions linger: How will finances bounce back post Covid-19? Will Japan go ahead and host the Olympics or relinquish it to Florida? Will the Euros hold behind closed doors? Will we lose any prominent athletes, coaches, or owners to the virus? How much blame can be put on sports given its tendency to bring tens of thousands of people together during games and tournaments?

Athletes naturally always want to compete, but it’s tricky to come to terms with the fact that playing with no spectators is the only option at the moment. While Broadcasters are gradually embracing the sudden change with online sports streaming hitting an all-time high, for us the fans, the prospect of an entire tournament like the Olympics or Euro 2020 happening behind closed doors – with millions reduced to watching from home – seems like a weird contrast that should never see the light of day.

Napoli Celebrates Osimhen’s 10th Serie A Goal of the Season.